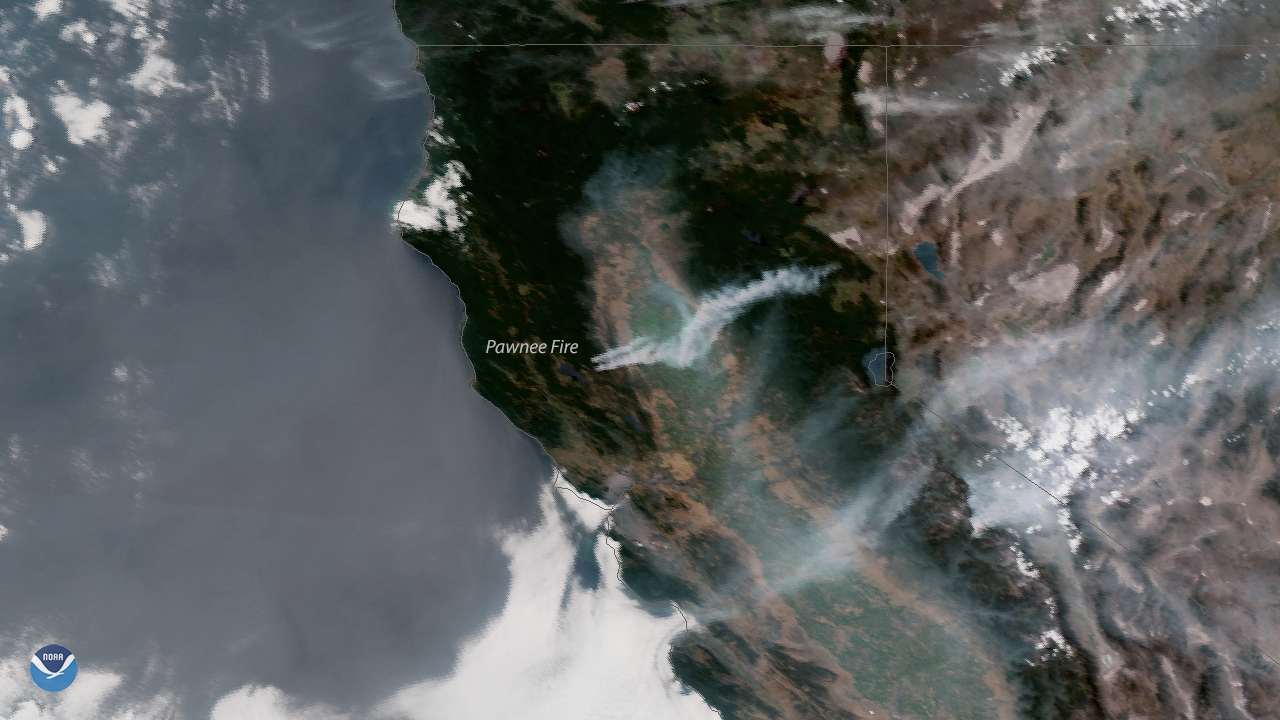 Plumes of smoke blow across northern California in the wake of several wildfires that erupted across the region due to hot, dry weather and windy conditions. This image, captured by the GOES East satellite on June 26, 2018, shows smoke extending across California's Central Valley into neighboring Nevada as the fires have grown in size. The hazy smoke is also visible off the California coast, where the normally blue waters of the Pacific Ocean have taken on a beige-gray colored hue.

The largest of the blazes is the Pawnee Fire in Lake County, about 130 miles north of the San Francisco Bay Area. As of Tuesday morning, the fire had grown to 11,500 acres and was 5 percent contained, according to the California Department of Forestry and Fire Protection (Cal Fire). Since the fire began on June 23, it has destroyed 22 structures and forced about 3,000 people to evacuate the area, prompting the California governor to declare a state of emergency for Lake County.

Last year, historic and deadly wildfires charred more than 245,000 acres in Sonoma and Napa, about an hour and a half south of this week's Pawnee Fire. The October 2017 fires were also visible from the GOES-16 satellite, prior to it becoming operational as GOES East in December 2017. Thanks to high-resolution imagery from GOES-16, including red-green-blue thermal infrared imagery used to detect fire hot spots, forecasters at the National Weather Service were able to locate fires more quickly, and coordinate warnings with local emergency managers that helped save lives.