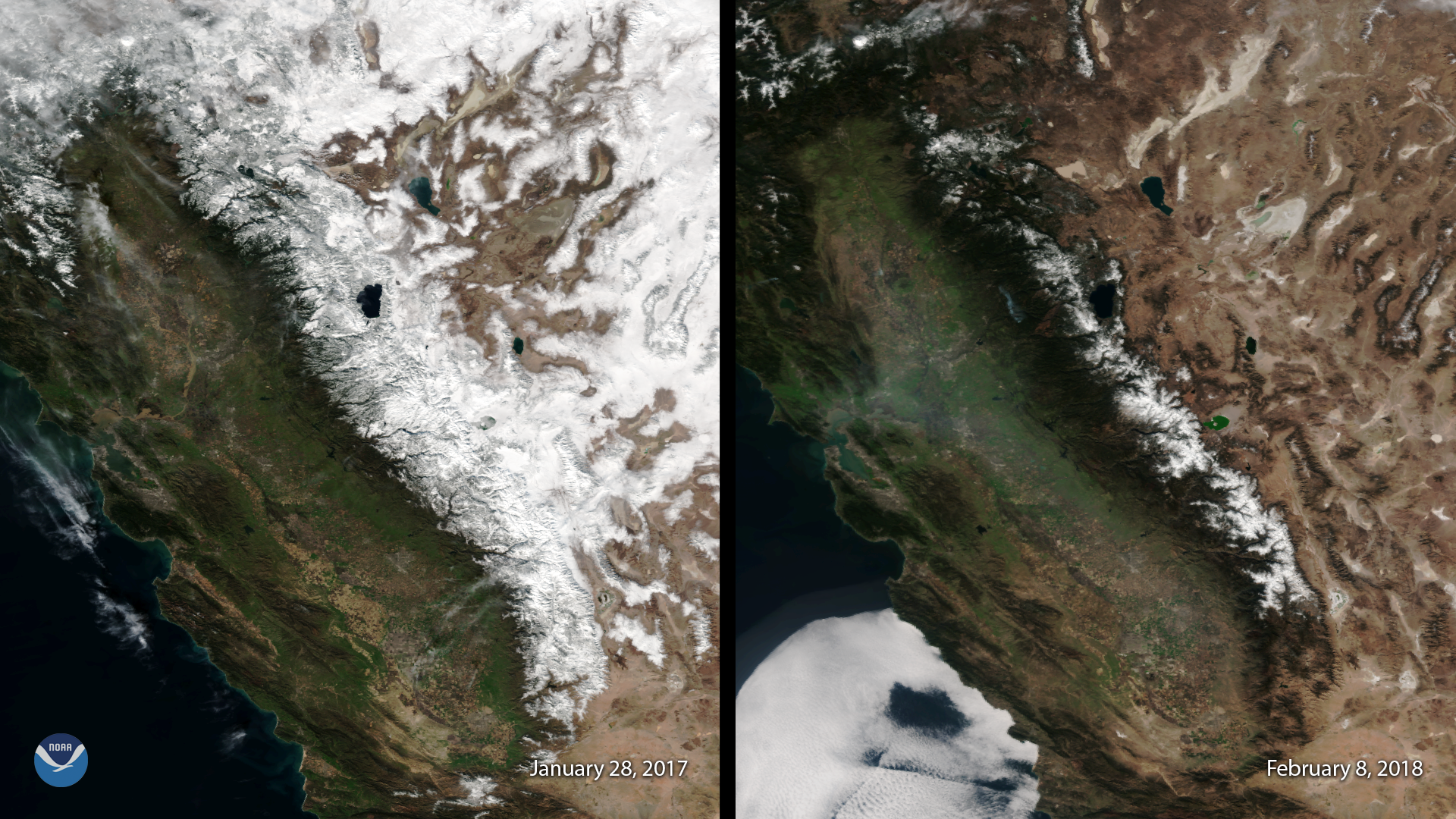 While water levels in California's reservoirs are still high after 2017's near record-wet year across the state, this winter's snow dearth is raising concerns about drought conditions returning during the summer dry season. Winter snowpack in the Sierra is a vital source of California's water supply. Dry winters, or frequent warm conditions that bring rain instead of snow to high elevations, mean there is less spring and summer snowmelt available to replenish the state's water reservoirs during the summer months.