Celebrating the 30th Anniversary of GOES-7

GOES-7 has the distinction of being the only satellite in the history of NOAA’s geostationary program to serve both as the GOES-East and GOES-West spacecraft in the course of normal operations. 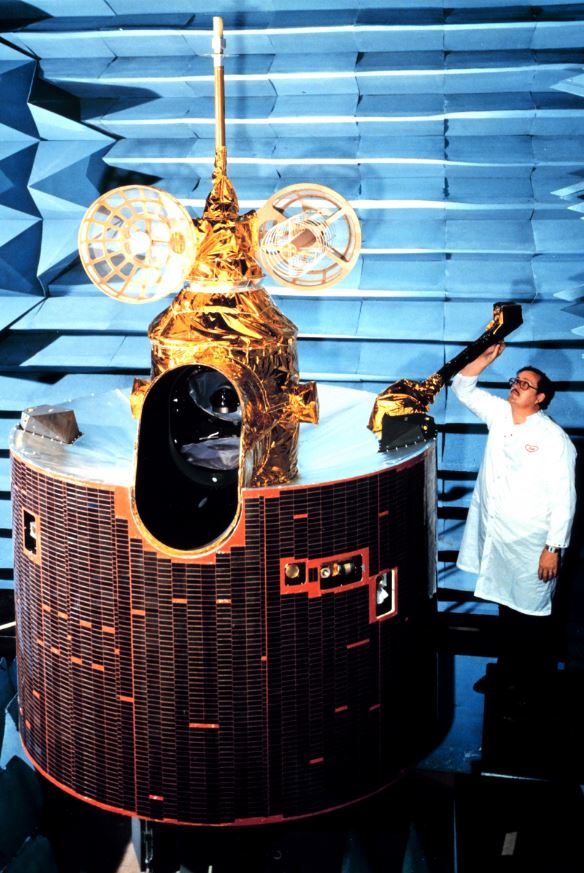 Known as GOES-H prior to launch, GOES-7 was the 10th in a series of NASA-developed, NOAA-operated, geostationary spacecraft. It's main mission was operational meteorology, including atmospheric sounding, but the satellite also made a substantial contribution to our understanding of space weather.

This spin-stabilized cylindrical spacecraft carried measured 190.5 cm in diameter and 230 cm in length, not including its magnetometer, which extended beyond its cylindrical shell. Among the instruments it carried on board were:

GOES-7 also has the distinction of being the only satellite in the history of NOAA’s geostationary program to serve both as the GOES-East and GOES-West spacecraft in the course of normal operations.

When its predecessor GOES-6 failed, GOES-7 served as the sole geostationary spacecraft from 1989 to 1994. Later, engineers moved the spacecraft from a western position in the winter (where it covered a part of the Pacific Ocean to the California and Pacific Northwest) to an eastern position in the summer (where it covered east coast during hurricane season). It was in this position that GOES-7 provided vital imagery of the deadly Hurricane Andrew as it tore through southern Florida in 1992. 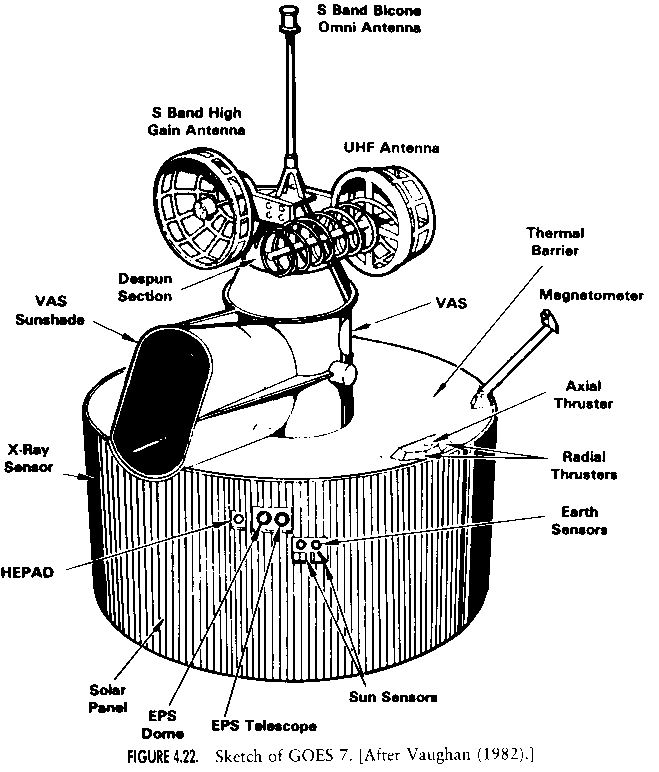 In 1999, when its Earth-observing instruments degraded past operational use, the Pan-Pacific Education and Communication Experiments by Satellite (PEACESAT) program began using GOES-7 to provide communications for the Pacific islands. PEACESAT, managed in part by the University of Hawaii at Manoa, allows doctors in the Hawaii and the continental United States to meet with Pacific Islanders through video teleconference consultations as a means of providing health services to remote areas.

On April 12, 2012, GOES-7 was “retired” from service through a final burn from its booster, which moved it approximately 186 miles (300 km) above its operational geostationary orbit to a “graveyard orbit”, so it would not interfere with other satellites.

For more information about GOES-7, visit the following websites: