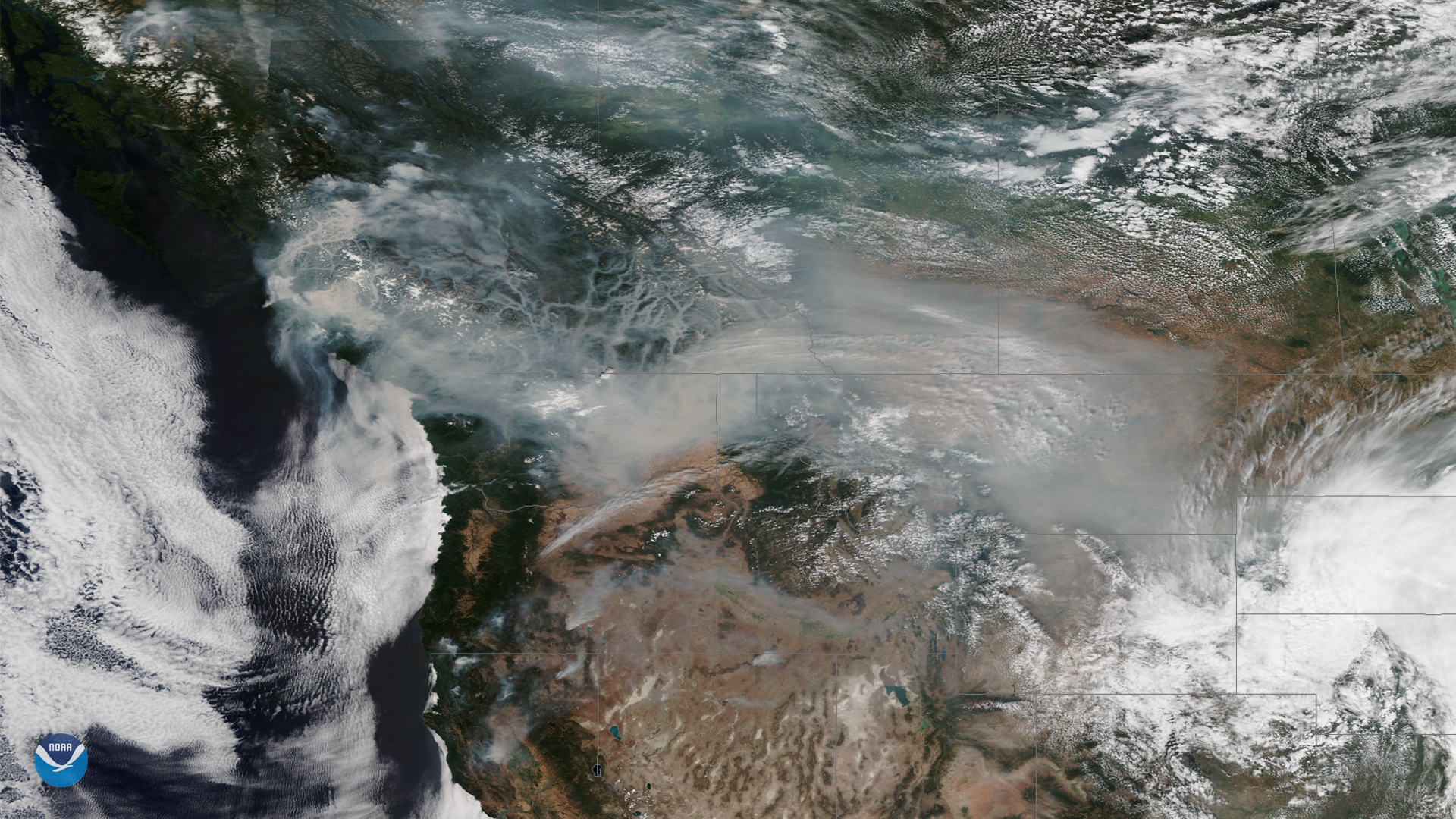 Wildfire smoke continues to cover large portions of the Western U.S. and Canada this week, as above-normal temperatures and dry conditions persist across the region. This image, captured by the NOAA-20 satellite's VIIRS instrument on August 19, 2018, shows thick plumes of smoke over British Columbia, where more than 500 fires have been burning this month. British Columbia province declared a state of emergency last week, as the fires threaten thousands of structures and have forced hundreds of people to evacuate.

For days, the smoke has led to reduced visibility and poor air quality, especially in valley areas. In this satellite image, we can see wildfire smoke filling the valleys of the Canadian Rockies. The hazy plume of smoke also extends eastward into Alberta Province and the northern United States, from Washington state to Montana.

The British Columbia wildfires follow several destructive wildfire outbreaks that have torched more two million acres of land in the Western U.S. this summer. In northern California, the Mendocino Complex Fire has become the largest in state history, burning nearly 400,000 acres since it began on July 27. The large number of wildfires burning across western North America have caused upper-level atmospheric winds to carry smoke as far away as the Eastern U.S.

The NOAA-20 satellite's VIIRS sensor provides global coverage twice a day with a 750-meter resolution across its entire scan. The instrument provides high-resolution atmospheric imagery, including visible and infrared imaging of hurricanes and major storms, and, as shown here, detection of fires and smoke.