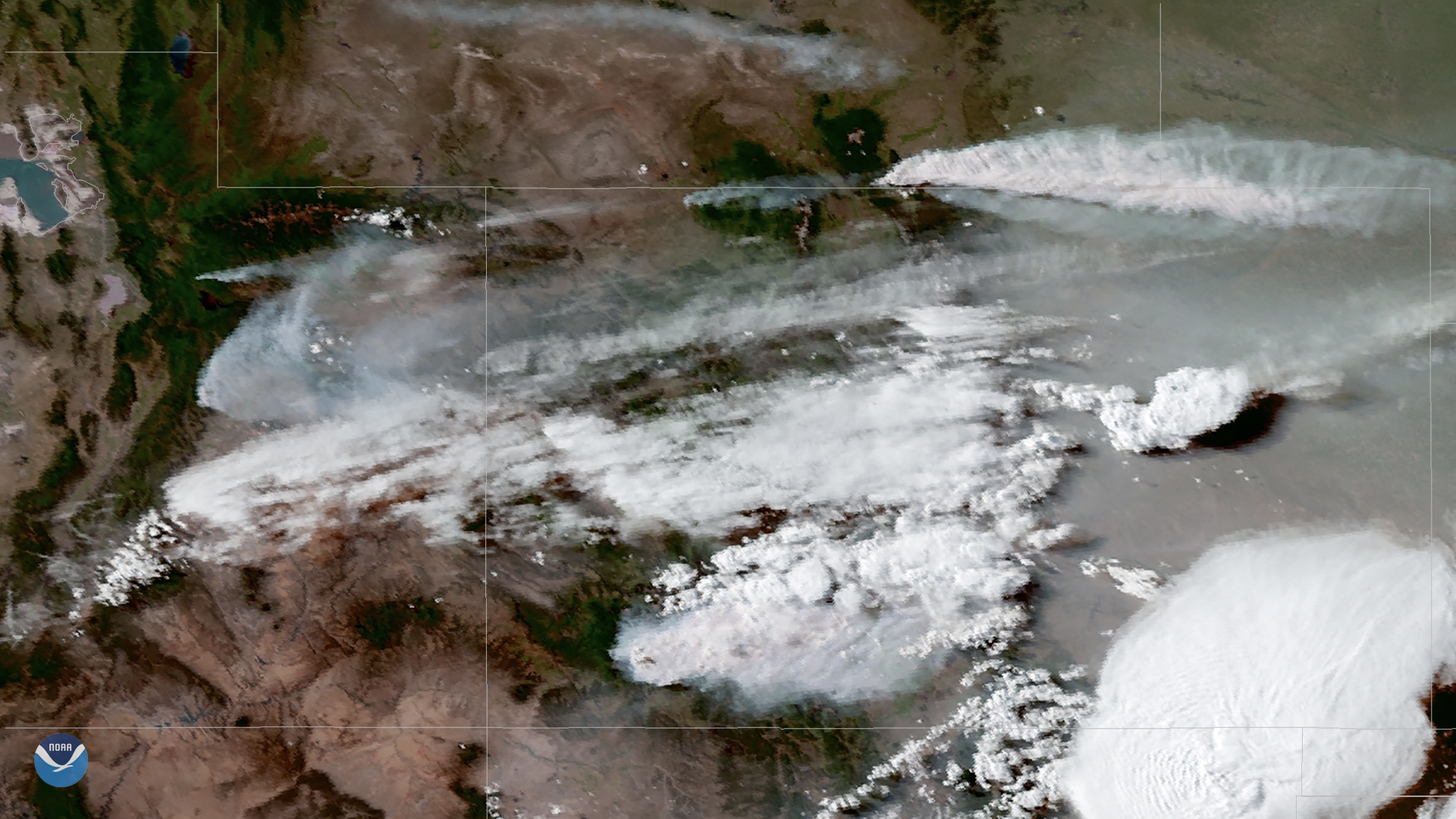 Warm, dry conditions have fueled several fires across the western United States over the past week. On June 13, 2018, the GOES East satellite captured this geocolor image of wildfire smoke mixed in with storm clouds developing over Colorado and the central Rocky Mountains. The largest of the blazes is the 416 Fire in southwestern Colorado, about 13 miles north of Durango. As of June 13, the fire had grown to nearly 26,000 acres and was only about 15 percent contained. According to news reports, more than 2,000 homes have had to evacuate in recent days.

In addition to the 416 Fire, active fires can also be seen in eastern Utah and along the Colorado-Wyoming border. The National Weather Service continues to forecast areas of dense smoke moving east across the Rockies today. Some relief is in sight, however, as cooler air and thunderstorms enter the region later this week.

This geocolor enhanced imagery was created by NOAA's partners at the Cooperative Institute for Research in the Atmosphere. The GOES East geostationary satellite, also known as GOES-16, provides coverage of the Western Hemisphere, including the United States, the Atlantic Ocean and the eastern Pacific. The satellite's Advanced Baseline Imager is capable of providing high-resolution visible and infrared imaging of severe weather events, including thunderstorms, tropical storms and, as shown here, detection of fires and smoke.