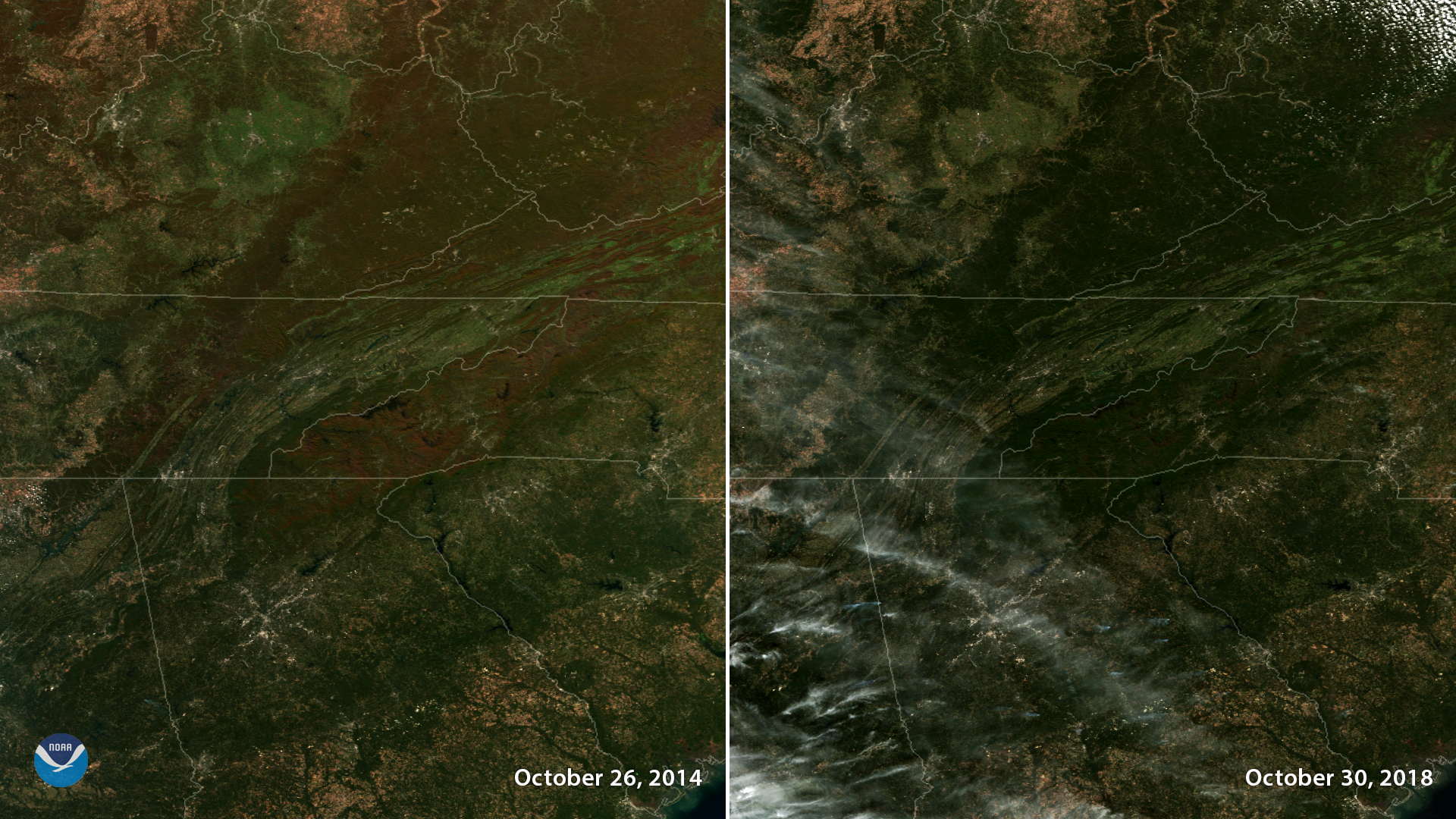 As we get deeper into November, trees lose their colorful foliage when temperatures drop and daylight continues to dwindle. Each fall, when leaves turn vibrant shades of red, orange, and yellow, the changing of the seasons is not only visible on the ground – we can also see the changing color from space.

These side-by-side satellite images of the southern Appalachian Mountains reveal how the timing of peak foliage varies from year to year. In the left image, captured by the Suomi NPP polar-orbiting satellite on Oct. 26, 2014, the vegetation has a distinct hue of red, brown and beige. In the right hand image, captured by NOAA-20 on Oct. 30, 2018, the vegetation appears dark green, indicating a less advanced change in color for the time of year. Both images were captured by the satellites' VIIRS instrument, which provides high-resolution atmospheric imagery of clouds, vegetation and other environmental phenomena including snow and ice cover.

Reports from the Fall Foliage Network and other media outlets indicate that fall colors peaked later than usual in the Mid-Atlantic and parts of the Northeast this year. A warm and wet start to fall in the Eastern U.S. likely delayed the onset of the color change. As of Nov. 8, trees were still at peak color even at higher elevations of the Mid-Atlantic and Southeast U.S. Typically, fall color peaks in mid-to-late October in the central Appalachians.

In the future, warmer fall temperatures and changing precipitation patterns due to climate change may delay the arrival and duration of peak color before trees shed their leaves for the winter.