Thermal Imagery of the Ferguson Fire in Northern California 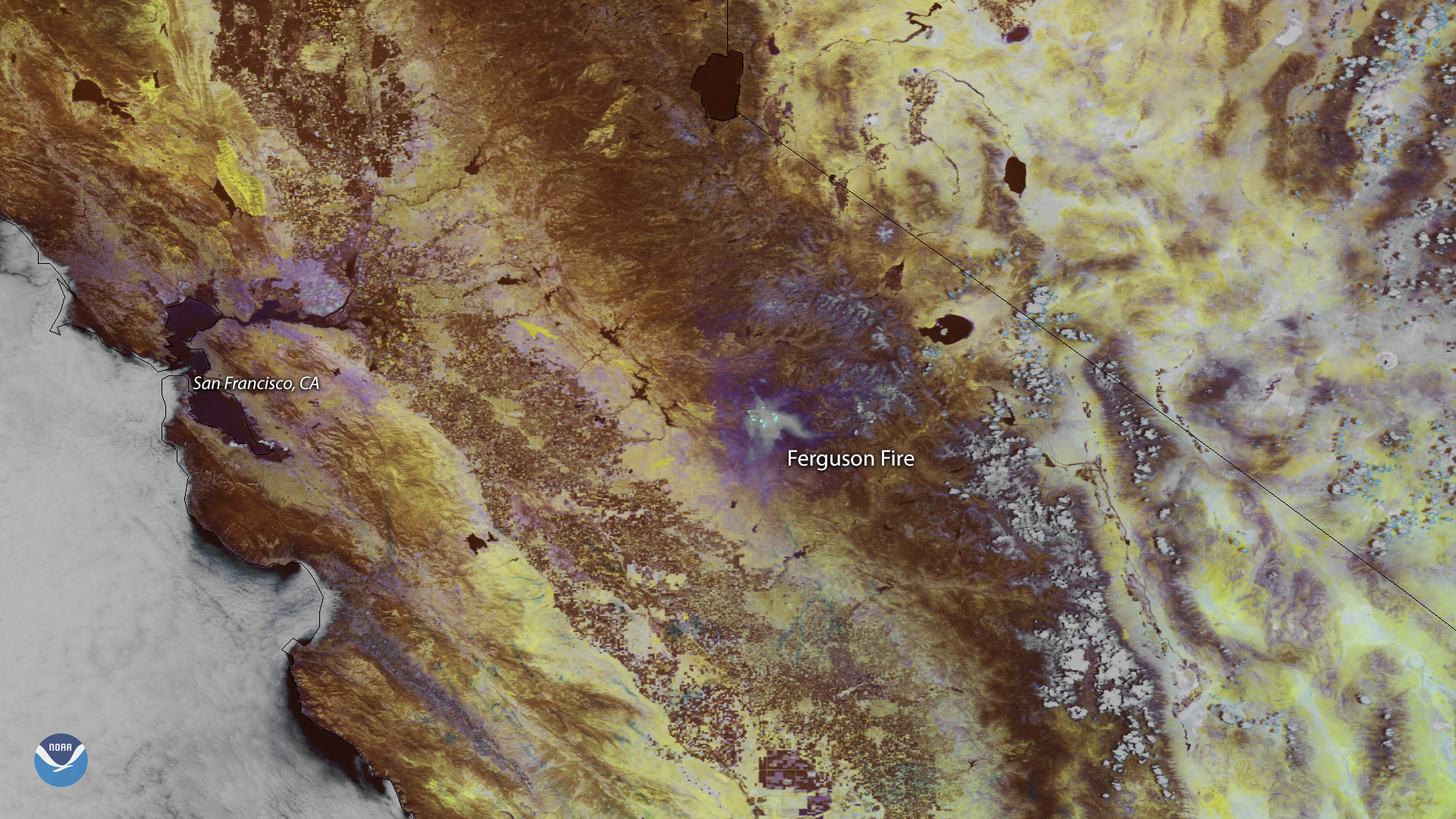 Smoke from the Ferguson Fire burning outside California's Yosemite National Park appears in this false color image captured by the NOAA-20 satellite on July 17, 2018. The Mariposa County wildfire began the evening of July 13 and has since grown to more than 17,000 acres. The latest update from the California Department of Forestry and Fire Protection (Cal Fire) shows the fire was only 5 percent contained, prompting mandatory evacuations along California Highway 140 west of Yosemite National Park.

Like most wildfires, the Ferguson Fire was fueled by very hot, dry weather. Data from NOAA's Western Regional Climate Center show much of California has been warmer and drier than normal, with many parts of the state receiving less than 25 percent of their normal average precipitation over the past month.

This image was created by combining three of the high-resolution thermal and visible channels from the NOAA-20 satellite's VIIRS sensor (SVI 5,4,2). These channels allow us to distinguish different land types based on their visual and thermal differences. Land that appears dark purple in the vicinity of the fire has a hotter temperature, while the hottest areas of the fire can be seen as bright specks of teal green beneath a shroud of hazy, gray smoke. This imagery also detects the warmer land around urban heat islands, such as San Francisco, which take on a paler shade of purple.