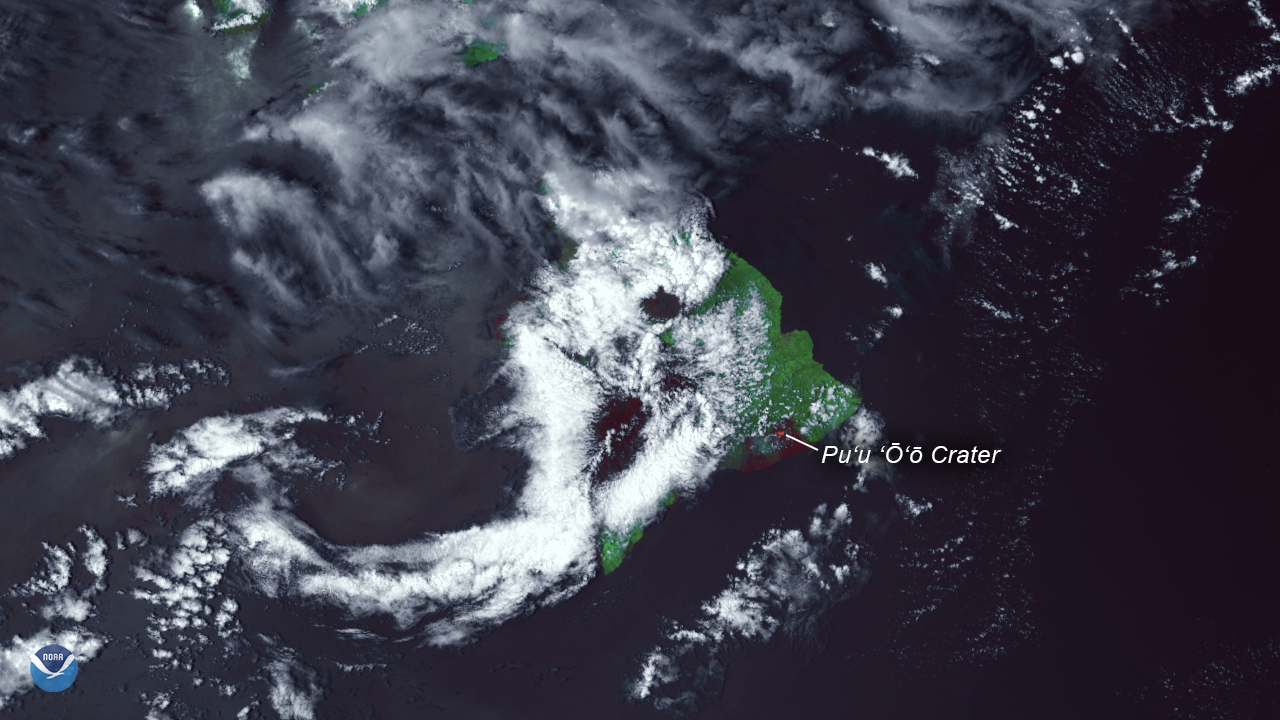 The Suomi NPP satellite's VIIRS instrument captured this detailed thermal imagery showing the eruption of Hawaii's Kilauea Volcano on May 4, 2018. Clear skies over the eastern portion of Hawaii's Big Island reveal the site of the Pu‘u ‘Ō‘ō Crater, which began erupting after multiple earthquakes jolted the island last week – including a 6.9-magnitude tremor on May 4. The volcano has spewed lava more than 300 feet into the air, and the resulting lava flows have destroyed more than two dozen homes in the nearby Leilani Estates subdivision, according to the U.S. Geological Survey and media reports. The combination of hot lava flows and dangerously high levels of toxic sulfur dioxide gases in the vicinity of the eruption have now forced nearly 2,000 people to evacuate.

The Pu‘u ‘Ō‘ō Crater is located in the East Rift Zone of the Kilauea Caldera, an active shield volcano in eastern Hawaii that has been erupting near continuously since 1983.

This satellite image was created by combining three of the high resolution thermal and visible channels from the Suomi NPP satellite's VIIRS sensor (SVI 4,2,1 RGB). These channels allow us to distinguish different land types and features based on their visual and thermal differences. The bright red areas indicate ongoing eruptions, where hot ash and lava fragments have been flowing down the slopes of Kilauea in Hawaii's Puna District. Additional dark red and maroon-colored areas represent active volcanic fields in other parts of Hawaii's Big Island.