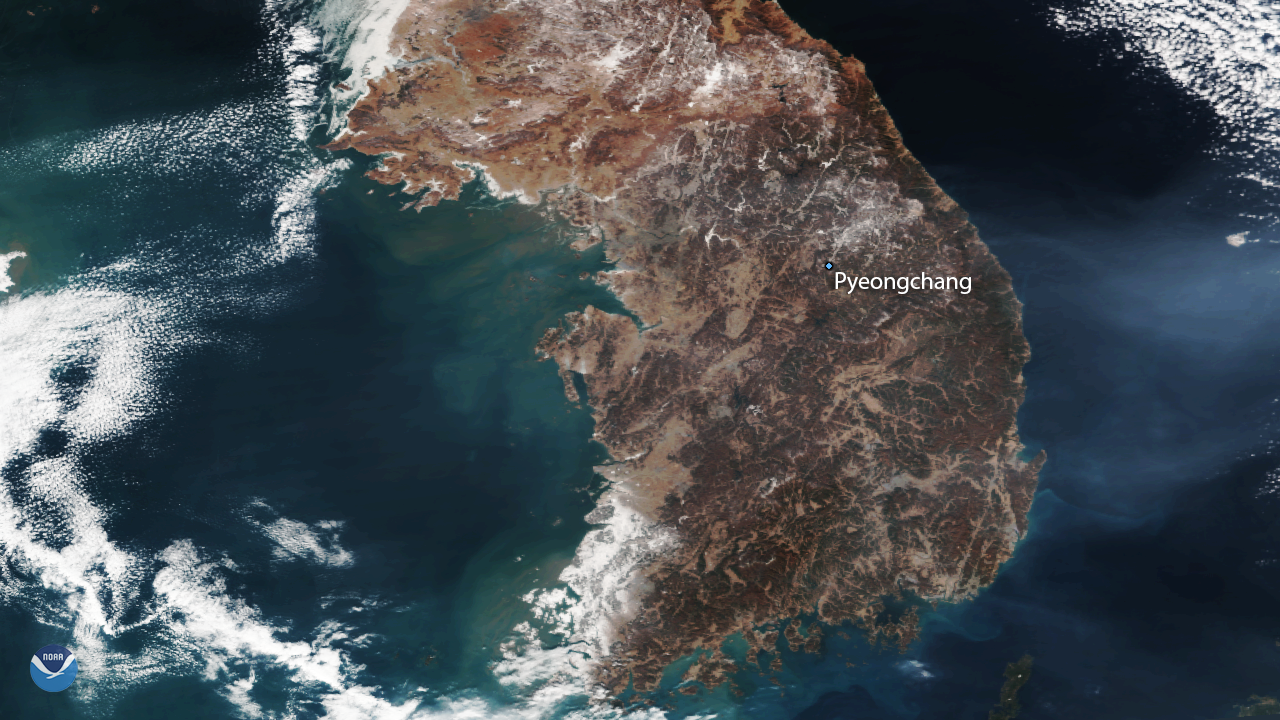 NOAA/NASA's Suomi NPP satellite captured this image of the Korean Peninsula on February 8, 2018, one day before the opening ceremony of the 2018 Winter Olympics in Pyeongchang, South Korea. Despite recent cold temperatures, there is relatively little snow over the country's more mountainous terrain, including the Taebaek Mountains where this year's games will be held. This imagery shows snow cover in the southwestern corner of the country (bright white areas near the coast), while areas near Pyeongchang are only lightly snow covered.

Located 2,300 feet above sea level and exposed to frigid northerly winds out of Siberia during winter, the Pyeongchang region is more than cold enough for snow. Climate data from the Korean Meteorological Administration show average daily high temperatures in Pyeongchang at this time of year are just below freezing, making the area conducive to artificial snow at game venues if needed.

This satellite imagery was captured by the Suomi NPP satellite's Visible Infrared Imaging Radiometer Suite (VIIRS) instrument. Although true-color images like this one appear to be photographs of the Earth, they are actually created by combining data from three different color channels on the satellite's VIIRS instrument. These channels are sensitive to the red, green and blue (or RGB) wavelengths of light, and are blended into a single composite image. In addition, data from several other channels are often included to cancel out or correct atmospheric interference that may blur parts of the image.