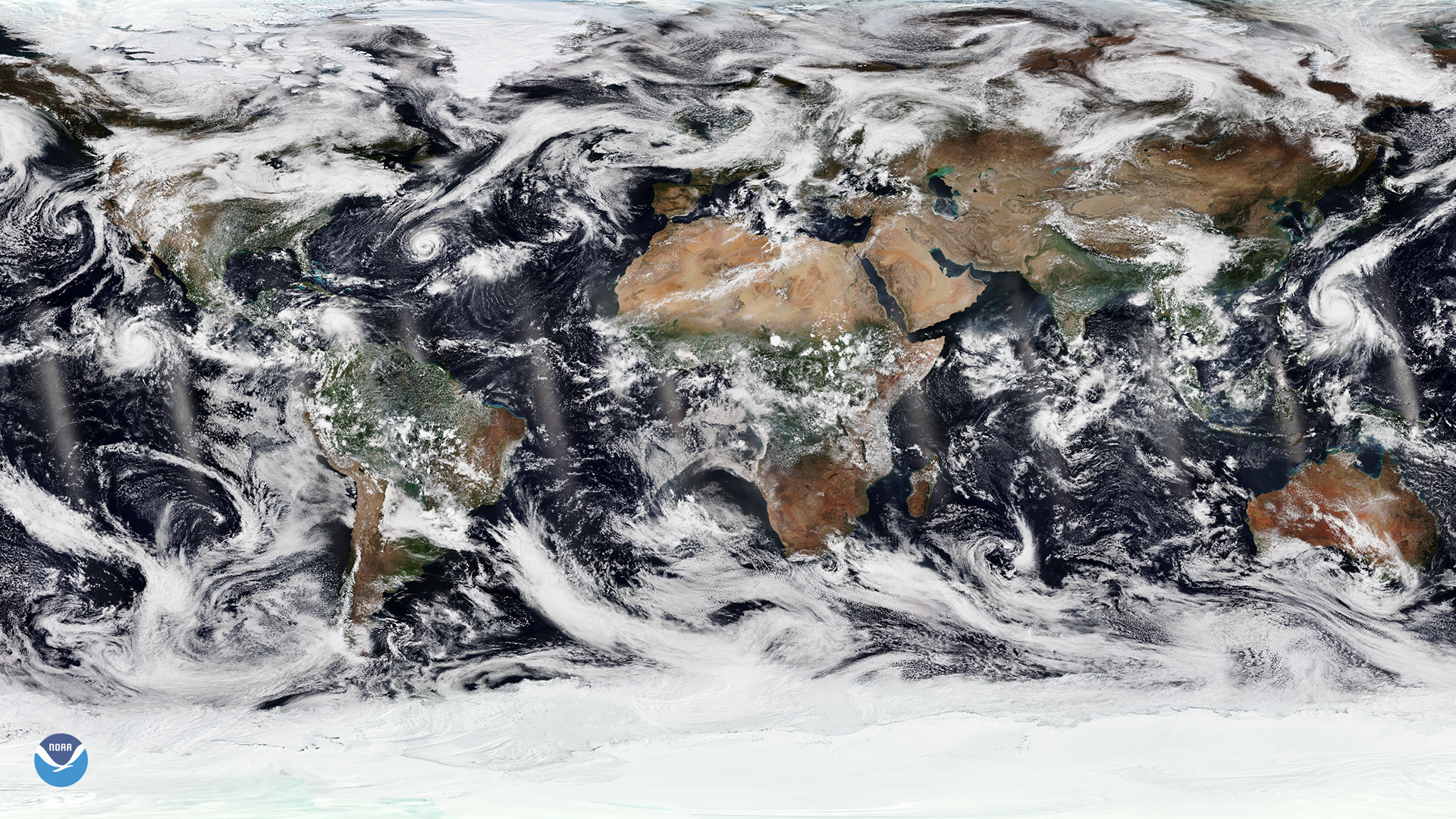 October is off to a busy start with one hurricane in the Atlantic, and two hurricanes and a typhoon in the Pacific. This imagery, captured by NOAA-20 at 11:43 p.m. ET on October 1, shows just how active the tropics are right now.

To the far left, near the tip of Mexico in the eastern Pacific, you can see Hurricane Sergio. As of 11 a.m. ET on October 3, Sergio was maintaining Category 3 strength on the Saffir-Simpson Hurricane Wind Scale, with some additional strengthening expected in the next 24 hours. So far, it doesn’t appear that Sergio will pose a direct threat to land.

Hurricane Leslie has strengthened slightly while meandering over the central Atlantic, according to the National Hurricane Center (NHC). The Category 1 storm is expected to turn toward the east this weekend. Although Leslie won’t directly impact land, the NHC warns that large swells generated by the storm could affect the southeastern coast of the U.S., Bermuda and the Bahamas.

Unlike Leslie and Sergio, Typhoon Kong-Rey, is forecast to impact land. The current forecast track from the Joint Typhoon Warning Center (JTWC) shows the Category 3 storm moving between Japan and South Korea over the weekend. The JTWC notes that Kong-Rey is expected to run into more unfavorable conditions, causing it to weaken.

Although it’s not pictured here, Hurricane Walaka remains a strong Category 4 hurricane in the central Pacific. As of this morning, the storm was racing toward Papahanaumokuakea Marine National Monument, which is a U.S.-protected conservation area located northwest of Hawaii’s main islands.

Scientists use the data from NOAA-20's VIIRS sensor to create the "true-color" imagery shown here. While true-color images appear to be simple photographs of Earth, they are actually created by combining data from the three color channels on the satellite's VIIRS instrument sensitive to the red, green and blue (or RGB) wavelengths of light into a single composite image.