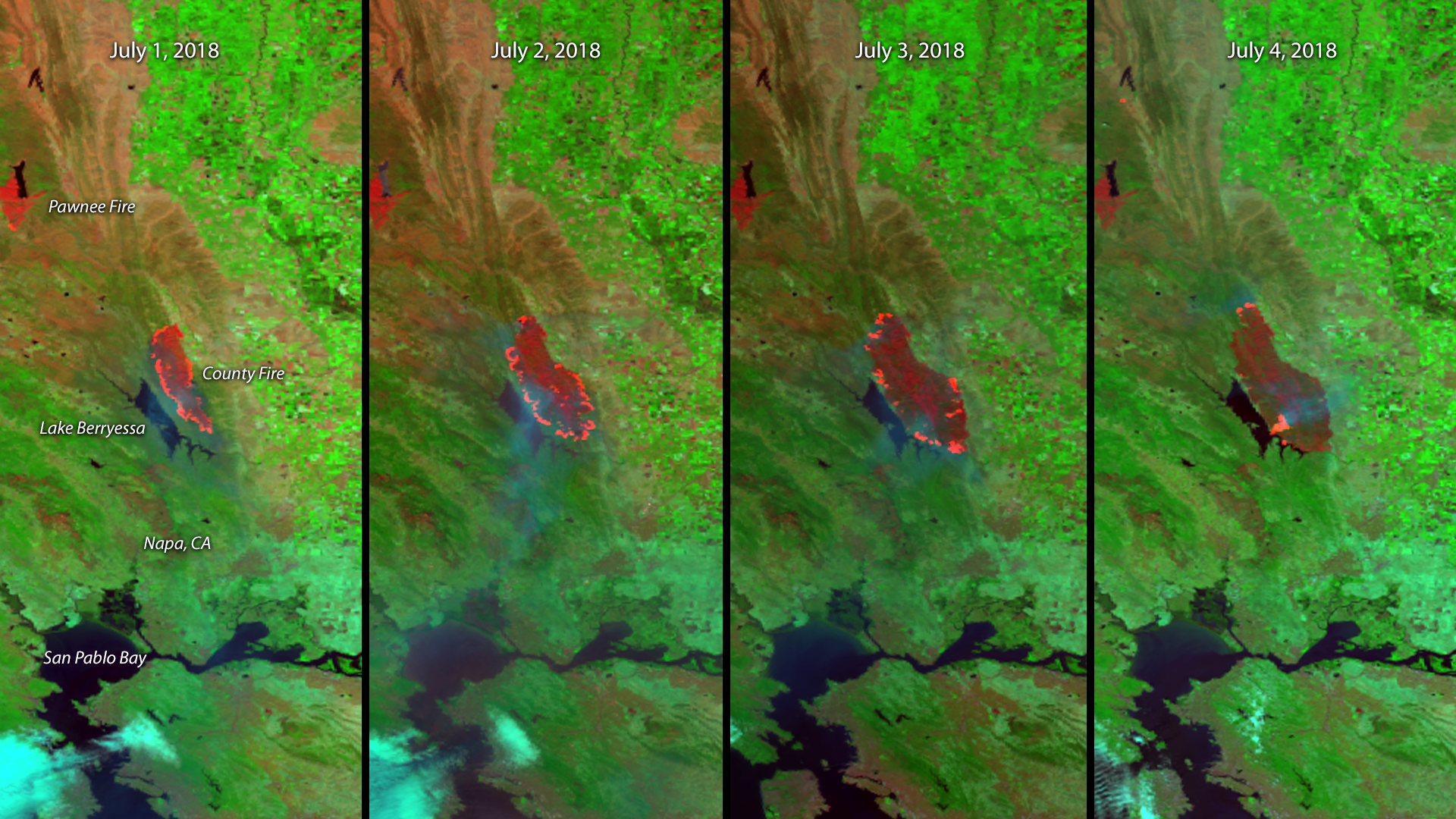 This multi-day infrared imagery from the NOAA-20 and Suomi NPP polar orbiting satellites shows the dangerous wildfires that continue to torch parts of Northern California. In the first four days of July, the County Fire nearly doubled in size, and can be seen here encroaching upon the eastern shore of nearby Lake Berryessa. Since the fire began on June 30, it has burned 86,000 acres and is about 30 percent contained, according to the California Department of Forestry and Fire Protection (Cal Fire). More than 2,000 people have had to evacuate the area, and the fire continues to threaten nearly a thousand structures in its vicinity.

Also visible in this satellite imagery is the Pawnee Fire, which began on June 23 and burned 15,000 acres. Though the fire damaged several structures, it is now 92 percent contained.

The first three panels in this image are from the NOAA-20 satellite, while the July 4 image was captured by Suomi NPP. Each panel was created by combining three of the high resolution thermal and visible channels from the VIIRS sensor on-board the two satellites. These channels (known as SVI 4,2,1 RGB) allow us to distinguish different land types and features based on their visual and thermal differences. Areas of land that are hotter in temperature due to an active fire or burn scar appear dark red in the imagery. Smoke from the County Fire blowing southward over Lake Berryessa and into the San Pablo Bay appears faint blue.