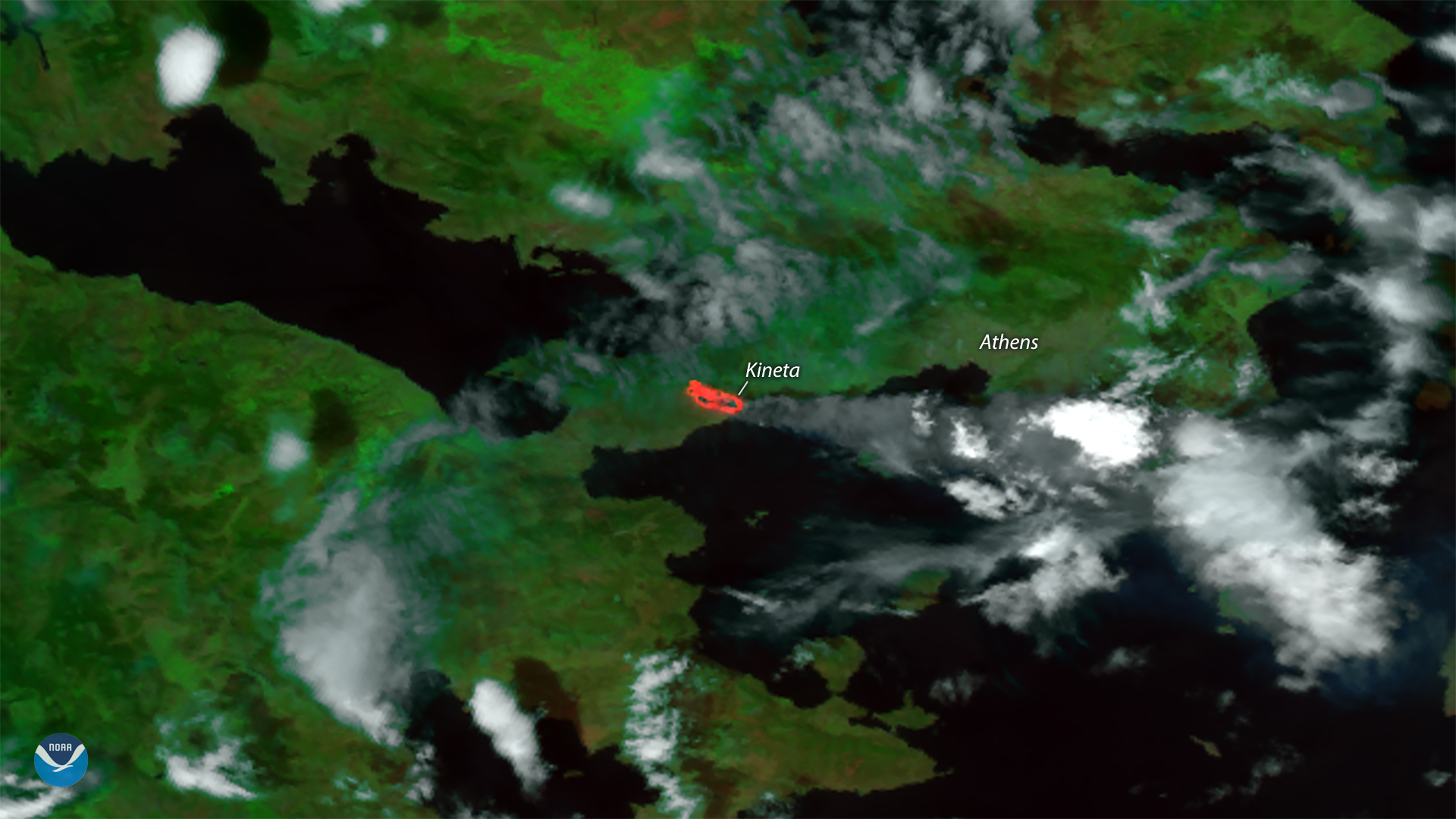 Hot, dry weather and gusty winds fueled deadly and destructive wildfires near Athens, Greece this week. This visible and thermal imagery from the NOAA-20 satellite shows the site of the largest fire near Kineta, about 30 miles west of Athens, on July 23, 2018. Media are reporting at least 80 people have died in the fast-moving blazes, and some 200 more were injured. The fires have torched hundreds of homes and vehicles, and have become Greece's deadliest since 2007.

Forest fires are common during Greece's hot, dry summers, where the Mediterranean climate limits precipitation chances and soils dry out quickly. This year has been notably warm for the region, however. Data from NOAA's National Centers for Environmental Information shows record warmth has persisted across the eastern Mediterranean for much of 2018. In recent days, a heat wave has sent temperatures near Athens above 100 degrees (38.6°C), while winds gusting more than 50 mph have helped fan the flames.

This image was created by combining three of the NOAA-20 satellite's high resolution thermal and visible channels from the VIIRS sensor (SVI 4,2,1). These channels allow us to distinguish different land types based on their visual and thermal differences. Areas of land that are hotter in temperature due to an active fire or a burn scar appear bright red. A gray cloud of smoke is also visible near the site of the fire, mixing in with the clouds above.