Clear Skies Over Greece and the Aegean Sea 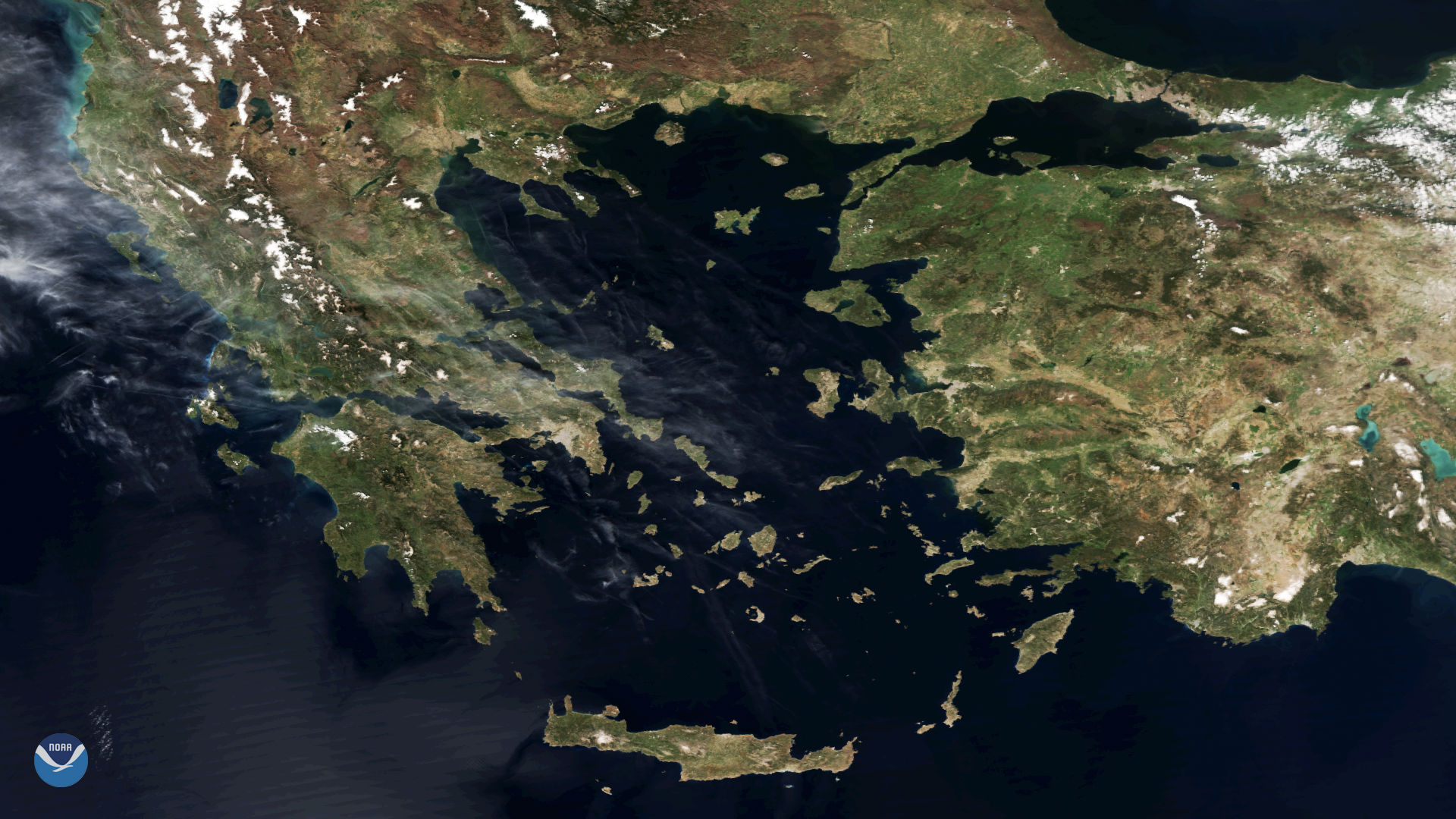 The Suomi NPP satellite captured this textbook imagery of Greece and the numerous islands dotting the Aegean Sea on April 3, 2018, as a high pressure system brought clear skies over the eastern Mediterreanean Sea this week. The Greek island of Crete is visible in the bottom-center portion of this image, while the jagged coastline of western Turkey and the Bosporus Strait appear toward the right.

Storm systems often bring clouds and precipitation across the region during the winter months. However, as the days grow longer and spring progresses toward summer, drier weather and clear skies become more common – a distinctive feature of Greece's Mediterranean climate.

Although true-color images like this may appear to be photographs of Earth, they aren't. They are created by combining data from the three color channels on the satellite's VIIRS instrument sensitive to the red, green and blue (or RGB) wavelengths of light into one composite image. In addition, data from several other channels are often also included to cancel out or correct atmospheric interference that may blur parts of the image.