The Carr and Ferguson Fires Spread Smoke Across California 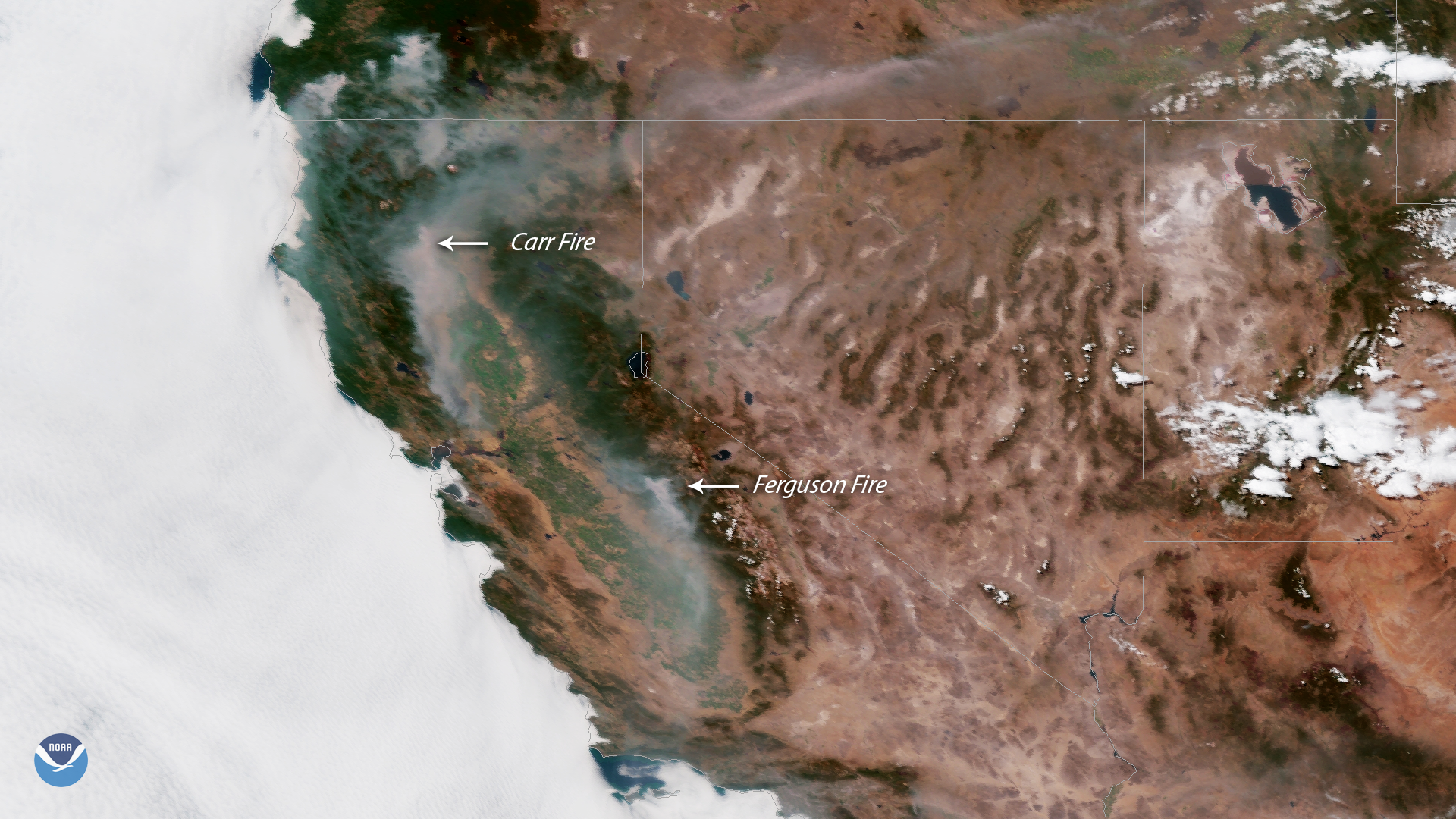 Today's update from the California Department of Forestry and Fire Protection (Cal Fire) said the Carr Fire had more than doubled in size in just 24 hours. The fire now covers more than 44,000 acres and is only 3 percent contained. According to media reports, the inferno has killed two people and is threatening hundreds of homes. State officials have ordered several thousand people to evacuate.

The National Weather Service issued a red flag warning for parts of northern California, indicating critical fire danger due to hot, dry conditions and gusty winds. In Redding, temperatures are expected to approach 110 degrees Fahrenheit on Friday and into the weekend.

This geocolor enhanced imagery was created by NOAA's partners at the Cooperative Institute for Research in the Atmosphere. The GOES East geostationary satellite, also known as GOES-16, provides high-resolution visible and infrared imaging of severe weather events, including thunderstorms, hurricanes and tropical storms and, as shown here, detection of fires and smoke.