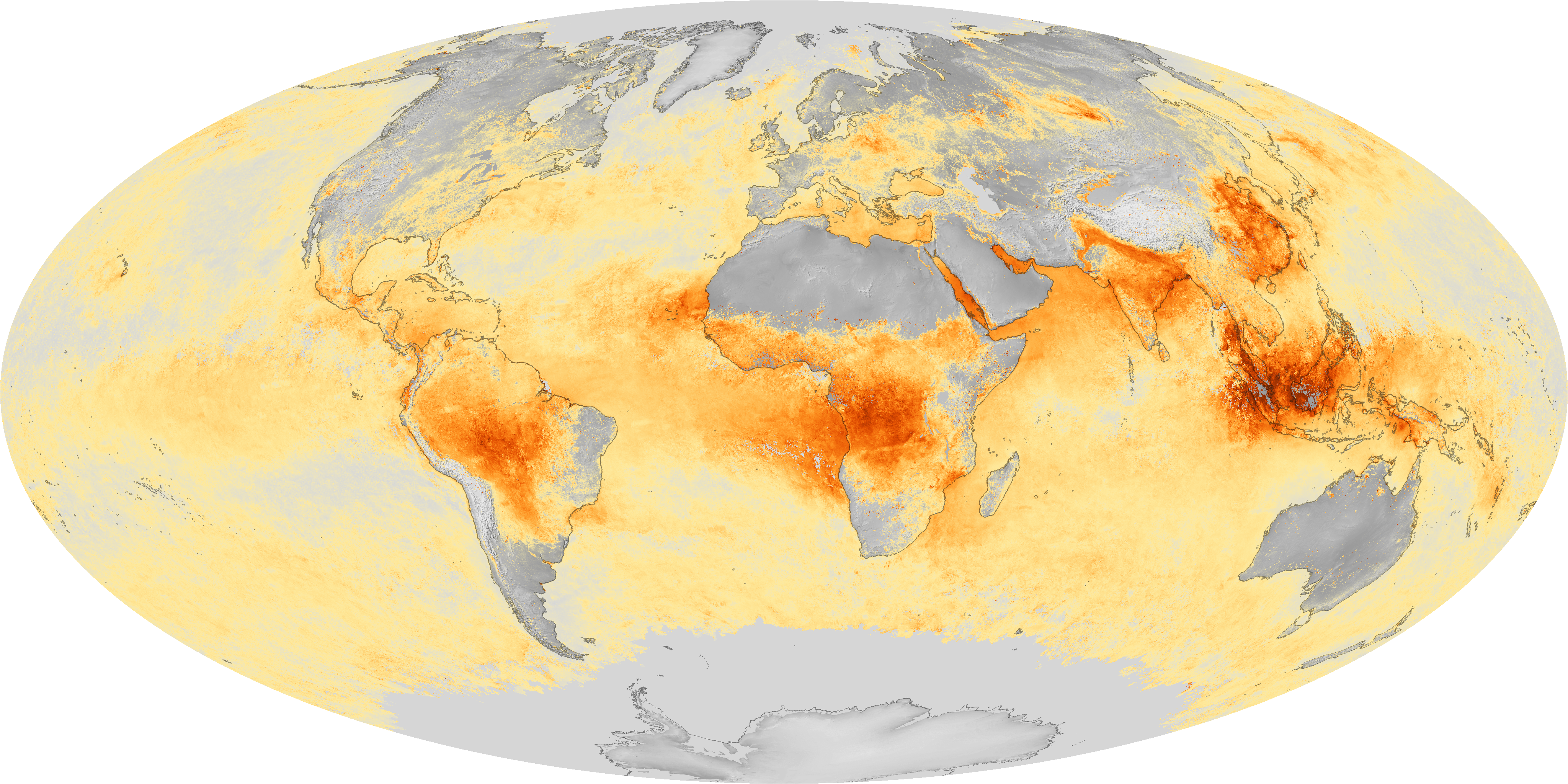 >Aerosols are fine particles produced by the burning of fossil fuels, wildfires, pollution, and even dust and sandstorms suspended in the atmosphere, and the JPSS satellite’s VIIRS sensor can detect their concentration in the atmosphere by measuring the amount of sunlight they reflect back into space. This image shows the monthly average aerosol optical thickness around the globe. Notice the high concentrations of aerosols around western Africa, Brazil, India, Southeast Asia, and the Indo-Pacific -- areas with high rates of deforestation, frequent agricultural burning and wildfires, and pervasive air pollution.