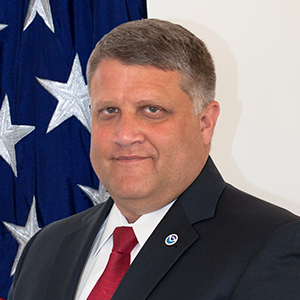 John Longenecker has been with NOAA since 1992, when he joined the NOAA Corps from the U.S. Navy. After retiring in 2012 with more than 29 years of active duty in the uniformed service, Longenecker took a civilian job with the Office of Program Planning and Integration, serving as Chief of Staff. Within a year, he was asked to assume the role of Acting Chief Financial Officer of the National Weather Service, and his understanding of appropriation law and financial management was deemed an asset to the agency.

Prior to assuming the duties at JPSS, John was the Chief of the Budget Execution and Operations Division for the Office of the Chief Financial Officer. In this role, he managed the execution of more than $6 billion across all NOAA offices. He is the proud recipient of two NOAA Administrator Awards.

John holds a Bachelor of Science Degree in Mechanical Engineering from Auburn University and Masters certificates from George Washington University in Project Management and Government Contracting.