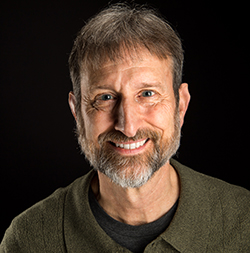 During his 28-year career as a federal scientist at NOAA, Eakin led a team of CRW experts who developed a powerful, early-warning system that uses high-resolution satellite-derived temperature maps and climate models to alert for potentially harmful bleaching events that threaten coral reefs around the world.

As Earth’s oceans warm, the risk of mass bleaching of tropical, shallow-water corals increases. One of many detrimental impacts of climate change, mass coral bleaching, if severe or prolonged, can lead to the demise of entire reef ecosystems.

Eakin and his CRW team—part of NOAA’s Satellite and Information Service—created the warning system, which predicts—months in advance—when sea temperatures will warm enough to cause bleaching. This advanced warning gives resource managers and decision makers time to implement response plans that lessen the harm to corals and the whole marine ecosystem.

Eakin, who has testified before Congress on the impacts of climate change on coral reefs, was the chief science advisor for “Chasing Coral,” a documentary that showed for the first time on film, coral bleaching off the coasts of Hawaii, Australia and the Caribbean islands. In 2017, it won the Best U.S. Documentary Audience Award at the Sundance Film Festival and an Emmy for Best Nature Documentary in 2018.