Rare Subtropical Storm off the Coast of Chile 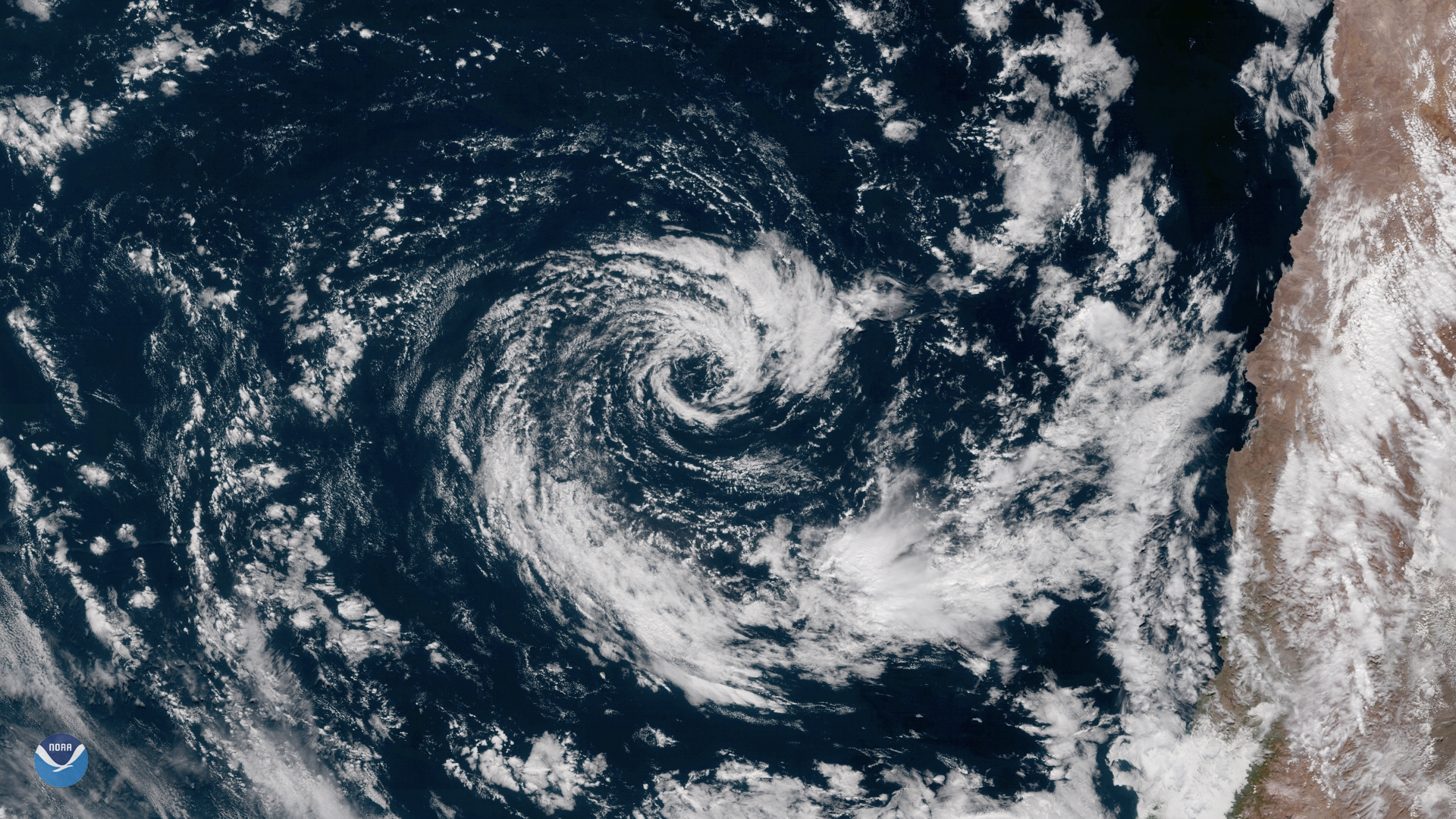 GOES East captured this image of an extremely rare subtropical cyclone in the southeastern Pacific Ocean on May 9, 2018. Located a few hundred miles off the coast of Chile, the hybrid storm shows characteristics of both tropical and extratropical low pressure systems, with a well-defined center of circulation that resembles an eyewall seen in true tropical cyclones.

The southeastern Pacific Ocean is normally not conducive to tropical cyclone development. Sea surface temperatures off the west coast of South America are normally far too cold and the region is located in a semi-permanent high pressure zone, characterized by dry, sinking air. NOAA satellite data show sea surface temperatures at the site of the storm just under 20 degrees Celsius (68 degrees Fahrenheit). While these temperatures are not usually warm enough for convective activity, the right atmospheric conditions in the vicinity of this storm allowed thunderstorms to form, with wind speeds attaining the strength of a weak tropical storm.

This geocolor enhanced imagery was created by NOAA's partners at the Cooperative Institute for Research in the Atmosphere. The GOES East satellite, also known as GOES-16, provides geostationary satellite coverage of the Western Hemisphere, including North and South America, the Atlantic Ocean and the eastern Pacific Ocean. First launched in late 2016, the satellite became fully operational in December 2017.