We have received the 'first-light' from our recently launched NOAA GOES-17 satellite! On March 22, 2018, the GOES-17 Magnetometer (MAG) became the first instrument on the satellite to begin transmitting data. The Magnetometers on the GOES-R series of satellites (including GOES-16, currently GOES East, and now GOES-17), can observe more wave frequencies, at five times higher resolution, allowing us to conduct new research into space weather. The space weather products from the magnetometer data can help scientists better forecast the likelihood that elevated levels of dangerous energetic particles will occur during events like solar flares. 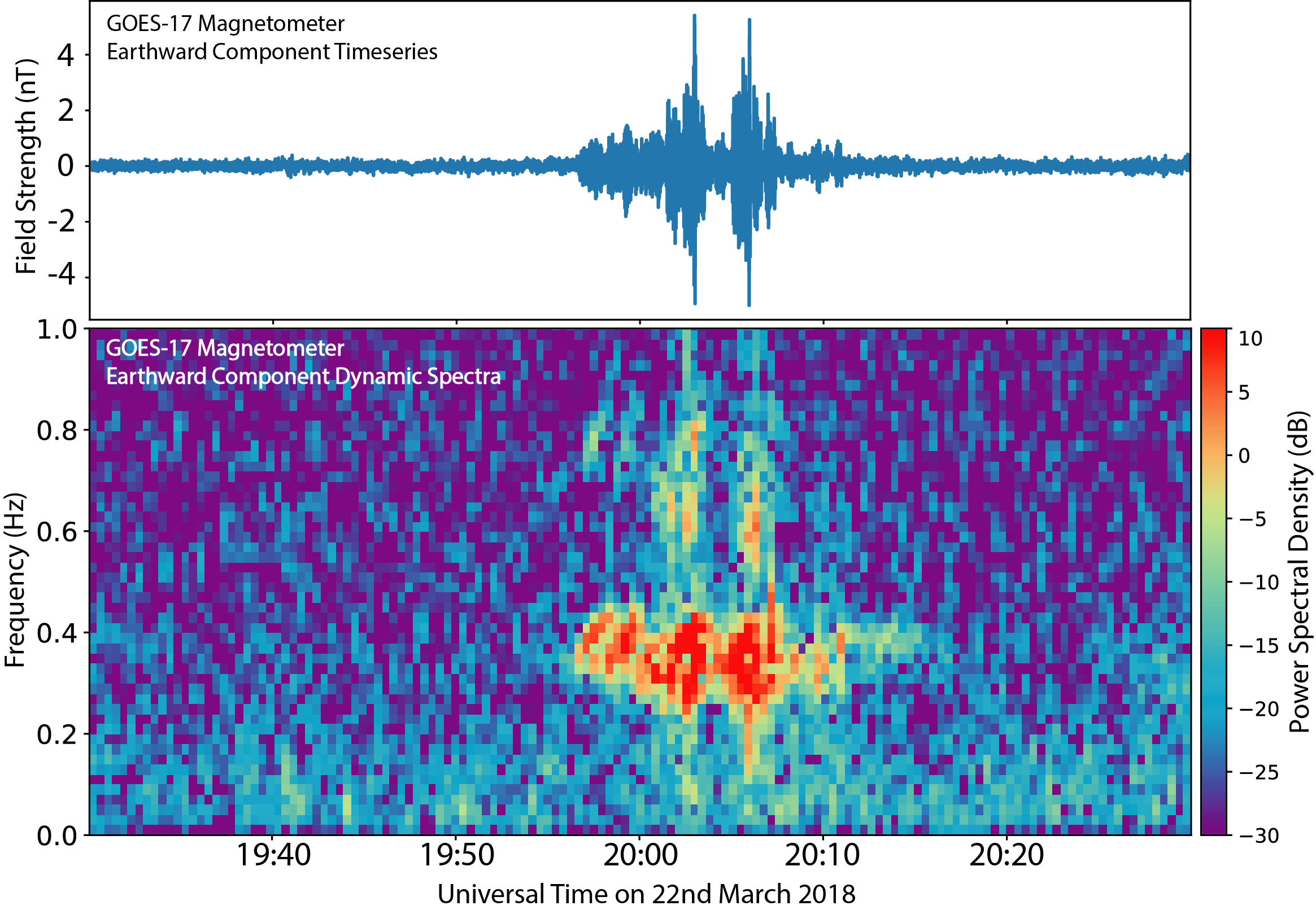 The figure above shows data from the outboard Magnetometer instrument on board the GOES-17 satellite. The data has been filtered to highlight a space weather phenomenon known as plasma waves. These waves play significant roles in controlling the levels of dangerous energetic particles that cause damage to satellites and harm astronauts. An important characteristic of these waves is their frequency, or how fast they oscillate up and down (shown in the bottom panel of the figure).

When the waves interact with the particles, some types of waves oscillate in a way that accelerate particles to dangerous radiation levels while other types oscillate at frequencies that can scatter the particles and decrease the threat they pose. Forecasting the level of energetic particles is complicated by the fact that both types of waves occur during space weather events. The Magnetometers on the GOES-R series of satellites, with five times higher resolution, expands the wave frequencies observed from both types of waves allowing us to undertake research into new space weather products that help forecasters better forecast the likelihood that elevated levels of dangerous energetic particles will occur during space weather events.