Ice Breakup on the Hudson Bay 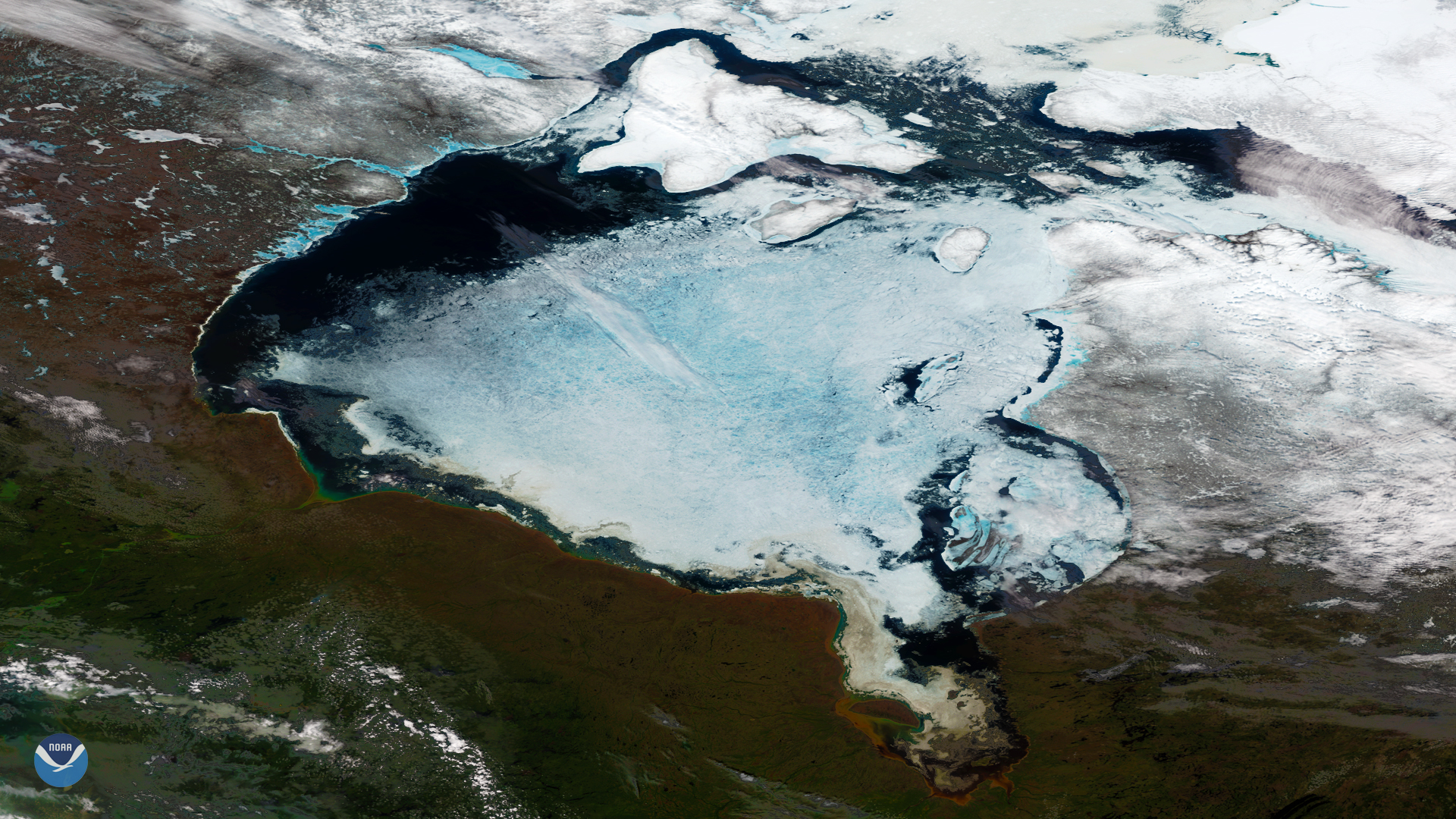 Clear skies over northeastern Canada this week offer a spectacular view of the seasonal summer ice melt that occurs on the Hudson Bay each year. This image, acquired by the NOAA-20 satellite on June 14, 2018, shows ice retreating from the shoreline and areas of dark open water in the northwest portion of the bay. Shallow and surrounded by land, the Hudson Bay freezes over completely during Canada's long, harsh winters. However, by late spring and early summer, warmer temperatures and long daylight hours allow the ice to thaw and break apart.

According to the Canadian Ice Service, about 59 percent of the bay was ice covered this week – slightly below the normal average of 62 percent for mid-June. In a typical year, the Hudson Bay becomes ice-free by August and begins to freeze over again in October or November.