Burn Scars from the Oklahoma Wildfires 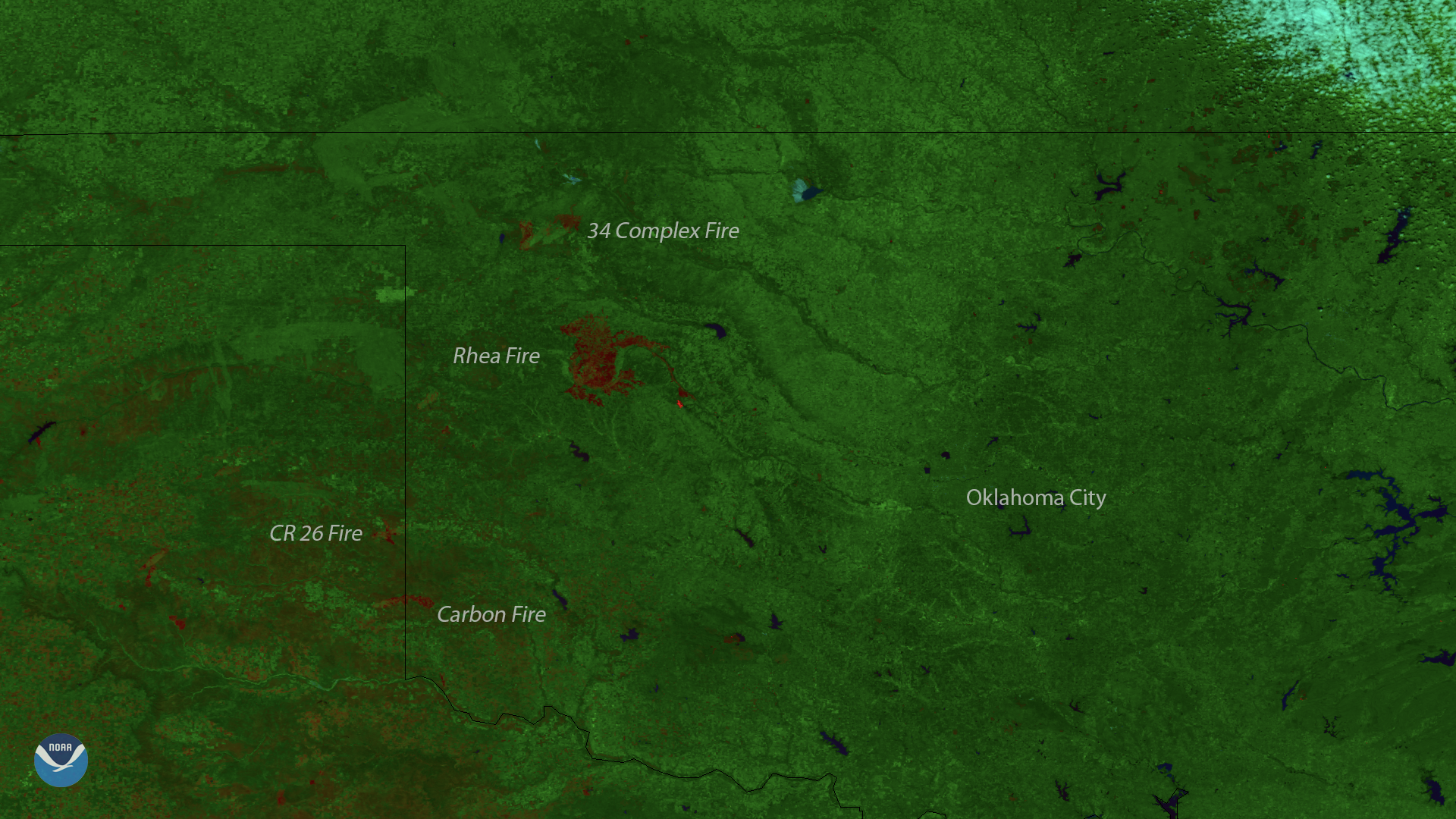 This image, captured by the Suomi NPP satellite's VIIRS instrument on April 15, 2018, shows locations of burn scars from the active wildfires currently burning across western Oklahoma and northern Texas since last week. Hot, dry weather and gusty winds triggered the fires, which have now charred more than 300,000 acres in Oklahoma alone. The Rhea Fire, which began April 12, has burned 242,000 acres and has killed two people, according to media reports.

As the fires continue to burn, the National Weather Service has issued red flag warnings stretching from western Oklahoma into the desert Southwest. A combination of warm temperatures and very low relative humidity has led to critical fire danger across the region.

This image was created by combining three of the Suomi NPP satellite's high resolution thermal and visible channels from the VIIRS sensor (SVI 4,2,1). These different channels allow us to distinguish different land types based on their visual and thermal differences. Areas of land that are hotter in temperature due to an active fire or a burn scar appear red in the imagery.