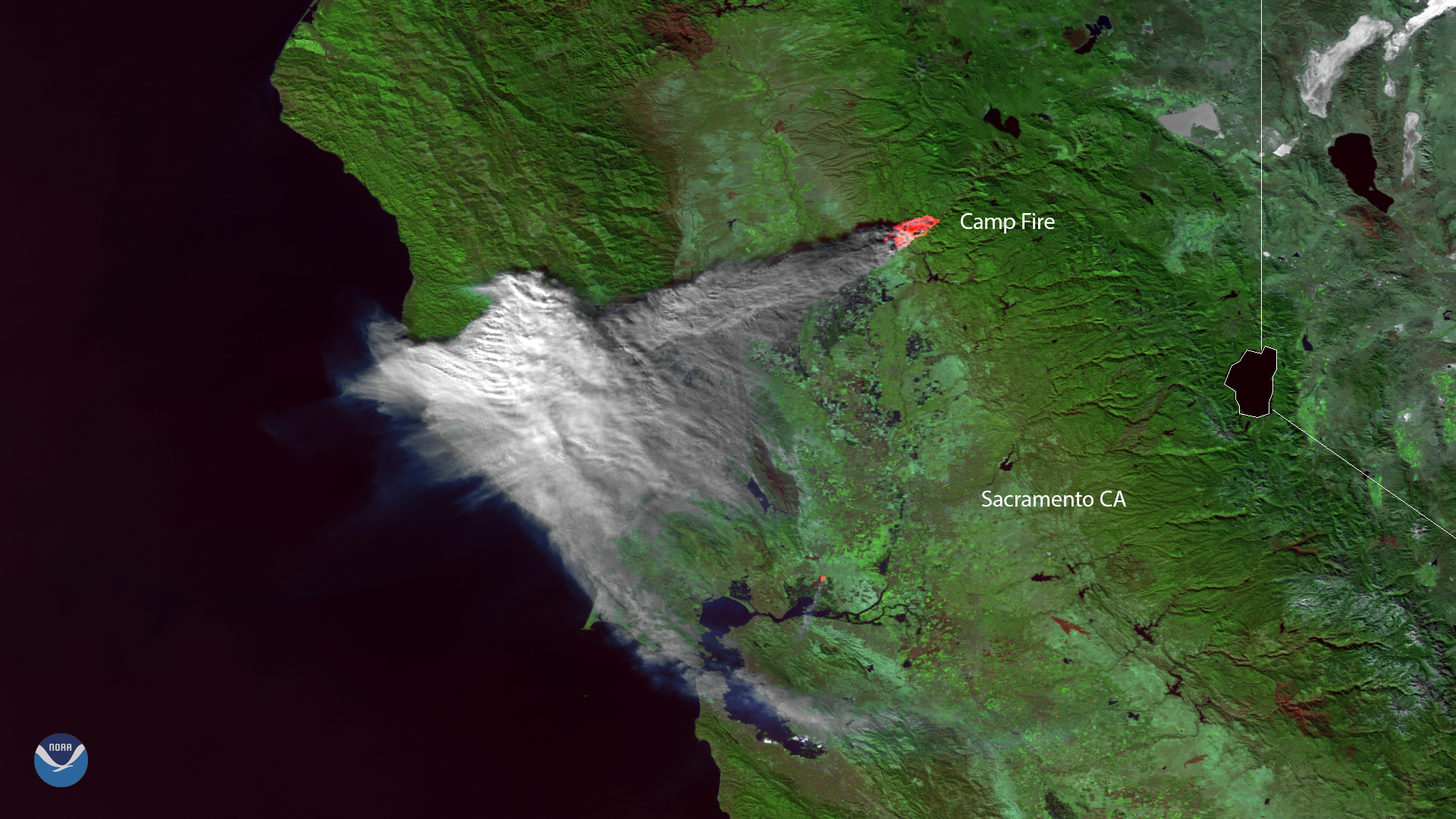 Plumes of smoke from the Camp Fire are seen stretching across portions of Northern California in this NOAA-20 satellite image from Thursday, Nov. 8, 2018 at 8:40 p.m. PT. The fast-moving wildfire was sparked at approximately 6:30 a.m. local time on Thursday, prompting mandatory evacuation orders in Paradise, Magalia, Concow, Butte Creek Canyon and Butte Valley.

This isn’t the first so-called Camp Fire to prompt evacuations in the town of Paradise, which is one of the hardest hit areas thus far. In 2008, a fire by the same name threatened the northeast side of the town, according to the Desert Sun.

The current fire, as of 10:27 a.m. PT, covers about 70,000 acres, according to the California Department of Forestry and Fire Protection (Cal Fire). Of the 15,000 homes and businesses threatened by the blaze, Cal Fire estimates that approximately 2,000 have already been destroyed.

More than 2,000 fire personnel are still working to contain the blaze. Officials are urging residents to pay attention to evacuation orders and road closures due to rapidly changing conditions in the region.

This image was created by combining three of the high resolution thermal and visible channels from the VIIRS sensor on-board NOAA-20. These channels (known as SVI 4,2,1 RGB) allow us to distinguish different land types and features based on their visual and thermal differences. Areas of land that are hotter in temperature due to an active fire or burn scar appear dark red in the imagery. Smoke from the Camp Fire blowing toward the Pacific appears in shades of gray and white.