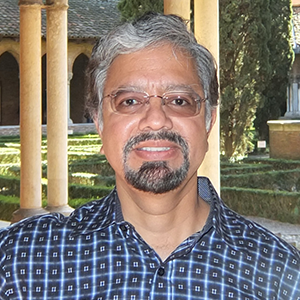 Dr. Satya Kalluri is the JPSS Program Scientist providing critical support to the JPSS mission by leading the NOAA science team, guiding JPSS in the definition of low-Earth orbiting science objectives, and serving as a spokesperson for the program within the science community.

Satya has more than 25 years of experience in academia, industry, federally funded research and development centers, and the government, in developing remote sensing algorithms, applications and complex satellite ground systems for Earth science missions at NOAA and NASA. He received his Ph.D. from the University of Maryland at College Park in 1994. He led several projects at UMD while working as an assistant research scientist, including the NOAA-NASA AVHRR Pathfinder program and the NASA Landsat GeoCover project. Satya was the products and algorithms lead for NOAA’s Geostationary Operational Environmental Satellite - R Series program from 2007 to 2015, where he managed the development of product generation and distribution system for the mission. He joined the NOAA Center for Satellite Applications and Research (STAR) as the Chief of the Cooperative Research Programs Division in 2015. He has served as Chief of the Satellite Meteorology and Climatology Division since March 2018, where he oversees science support for JPSS, GOES-R, and multiple other non-NOAA satellite programs.