One Step Closer to 24/7 Operations: GOES-17 “Beta” Data Set for Release to Science and Forecasting Community 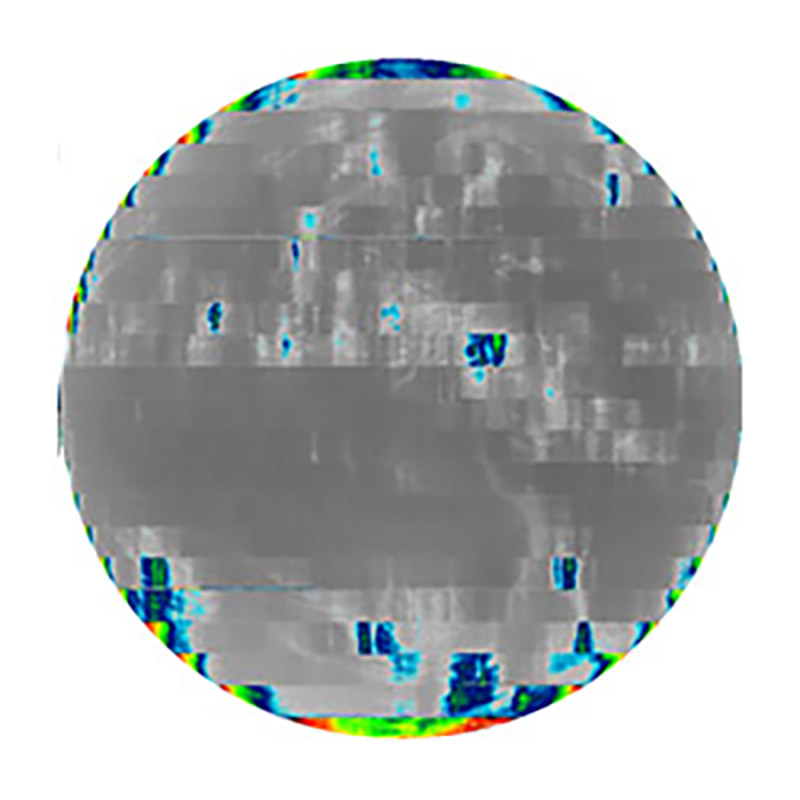 An example of degraded imagery from August 14, 2018 near the time of peak detector temperatures. Band 16 is among the first to degrade when the detectors warm up; other IR bands are still fine at the higher temperatures.

This week, NOAA will begin releasing GOES-17 Advanced Baseline Imager (ABI) "beta" level data and imagery -- data which are still preliminary and not yet fully ready for use -- to forecasters and scientific partners. This is an important step in making sure that GOES-17 is ready to do its job of providing timely, accurate data for weather forecasting and environmental monitoring.

Why is NOAA releasing this data?

In order to get ready to use data from GOES-17 (or any new satellite) for 24/7 operations, forecasters and scientists need an opportunity to test their data flow mechanisms and to see how to incorporate the data into science products and forecasting processes.

This is especially important in the case of GOES-17, since we know that some of the data, at certain times of the year, may be of lesser quality due to problems with the ABI loop heat pipe. By distributing this data to the larger NOAA and partner community, we are providing NOAA and the community of users the opportunity to understand the ABI data quality and to prepare to use the data operationally.

How are we releasing the data?

We are releasing the data through the GOES Rebroadcast service (GRB) distribution mechanism. Anyone who has access to this technical distribution system will be able to receive the preliminary, non-operational data.

What will the scientists see?

Most of the data coming from GOES-17 has been excellent. On August 8 we released several examples of that data. We know, however, that some of the data will be degraded when it starts to flow because we are in one of the warmest parts of the year for the operation of the satellite.

During the instrument's "cool" seasons (near the summer and winter solstice), all channels are expected to be available 24 hours per day. During the instrument's "warm" seasons (before and after the vernal and autumnal equinox), experts estimate 7 channels (bands 1-7) will be available 24 hours per day and the other 9 channels (bands 8-16) will be saturated, with images degraded or unusable 2-6 hours per night. These estimates are preliminary and are still being refined.

Although the cooling system of the GOES-17 ABI is not working as it should, experts have made tremendous progress in improving the operation of the satellite to make the most of its capabilities. That work continues. Releasing the beta data will help scientists and forecasters use the data as effectively as possible.

This 16-panel image shows a snapshot of the continental U.S. and surrounding oceans from each of the Advanced Baseline Imager channels on July 29, 2018. This imagery was captured between the instrument’s “cool” and “warm” season, when all 16 channels are available 24 hours per day. During the instrument’s “warm” seasons, varied data outages are expected for 9 of the channels during nighttime hours. The ABI’s increased channels provide three times more spectral information than the previous GOES imager. Credit: NOAA/NASA