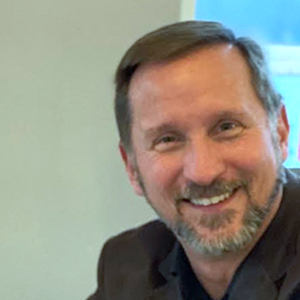 Victor Grycenkov is the NOAA deputy program director for JPSS, responsible for collaborating with the JPSS director on all aspects of the program to ensure its successful implementation, while also planning for the future LEO constellation. Victor recently served as Station Manager at the Wallops Island Command and Data Acquisition Station.

Victor began his career serving in the U.S. Air Force. After graduating from Officer Training School at Maxwell Air Force Base (AFB) in 1994, he was commissioned as a 2nd Lt in the United States Air Force. He completed Nuclear Launch training and was assigned to F.E. Warren AFB. He served on a Missile Combat Crew in the 320th Missile Squadron, first as a Deputy and then as a Commander. During his tenure at F.E. Warren AFB, he set up the START Treaty Office and served as a treaty escort. Victor was the Vice President of the Company Grade Officers Council, established a nuclear war fighting exchange program with the U.S. Navy, and frequently volunteered his time with the Special Olympics.

In December 1999, Victor served at Schriever AFB in Colorado Springs, Co. He was a GPS Subsystems Engineer responsible for the day-to-day operations of the GPS satellite system. After his tour of duty, Victor volunteered for an assignment as an Orbital Analyst in Cheyenne Mountain where he tracked all high interest space items. In 2001, Victor worked various assignments with the National Geospatial-Intelligence Agency (NGA) and National Reconnaissance Office in Northern Virginia.

Victor served as a management execution officer with the Office of Special Programs integrating programs into NGA’s baseline. He supported the Space & Information Operations EXCOM at the Pentagon, performed advanced satellite engineering, and managed imagery throughput for the agency. While serving as an inspector for NGA’s Office of the Inspector General (OIG), he also chaired the OIG’s Diversity and Inclusion Advisory Council.

Victor is a graduate of the Department of Defense’s Executive Leadership Development Program. He holds a Master’s degree in Basic Science in Geography and Environmental Studies (concentrating in GIS and Digital Image Processing), a Bachelor of Arts degree in History from Rutgers University and a Bachelor of Science degree in Marine Science (Biology and Geology concentrations) from Stockton State College.