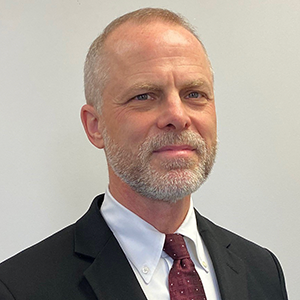 Roger Clason, the NASA deputy program director for JPSS, has worked at NASA since 1990 and has more than 30 years of experience in project/program management and information technology. In this role, he collaborates with the JPSS director in every aspect of the program to ensure its successful implementation.

He most recently served as NASA’s Goddard Space Flight Center’s deputy chief information officer and deputy director of the IT and Communications Directorate. Roger has held various diverse positions in Goddard’s Flight Projects and Programs Directorate, including project manager of the Space Network Ground Segment Sustainment (SGSS) mission. He also served in roles within the Space Communications Division as associate program manager and was the Ground Network project manager. Roger has received numerous NASA recognitions and has established productive working relationships with a broad spectrum of stakeholders and partners including individuals representing all directorates and levels at NASA Goddard and HQ, other NASA centers and other government agencies, NASA’s international partners, and the domestic and international commercial space sector.

Roger earned a bachelor’s degree in electrical engineering from Michigan State University and a master’s degree in computer science from the University of Colorado, Boulder. He also holds a Federal Acquisition Certification for Program/Project Managers.