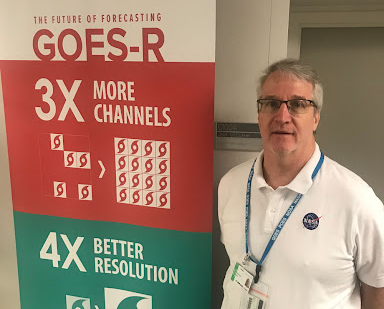 John Deily is the GOES-R Series Program flight project manager. In this role, he manages the spacecraft and instruments through development, launch, and on-orbit checkout.

Deily has over 35 years of experience at NASA. He has extensive leadership and management experience in both the Goddard Space Flight Center’s engineering and flight projects directorates, serving in senior positions in each for more than a decade. During his time in the engineering directorate, he developed a broad experience base as a branch head followed by stints serving as associate division chief in three different divisions. In 2010, Deily moved to the flight projects directorate. From 2010 through 2014, he served as the observatory manager for the Global Precipitation Measurement (GPM) mission, managing the build, integration, test, and launch of the observatory. After GPM, Deily spent five years on the Joint Polar Satellite System project, serving as observatory manager overseeing the spacecraft build, the integration of the instruments, the testing of the observatory, and the launch of NOAA-20. He served as the GOES-R deputy flight project manager from 2019 to 2022.