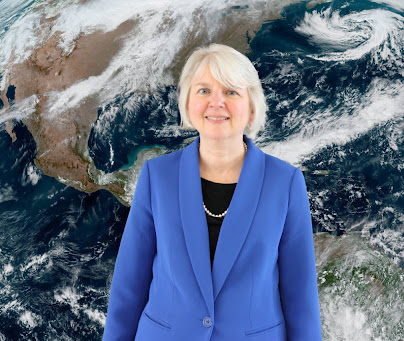 Candace Carlisle is the GeoXO Program flight project manager. In this role, she manages the spacecraft and instruments through formulation, development, launch, and on-orbit check-out.

Candace began her NASA career in 1983. Prior to taking over the GeoXO flight project manager role, she was the GOES-R Program flight project manager, culminating in the successful launch and orbit raising of GOES-T. Candace was also project manager for the Total and Spectral solar Irradiance Sensor-1, which is currently operational on the International Space Station. She was the Global Precipitation Measurement (GPM) deputy project manager beginning in the formulation phase and continuing through its successful handover to mission operations in May 2014. Prior to GPM, Candace spent five years on the Space Technology 5 project, first as mission systems engineer, then as deputy project manager. Her previous experience also includes six years on the Earth Science Data and Information System project in various systems engineering roles, finishing up as system manager. Earlier in her career, she was system engineer for the Network Control Center as part of the Tracking and Data Relay Satellite System.