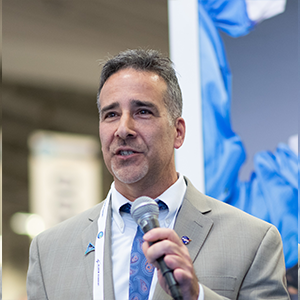 André Dress is responsible for the development and launch of JPSS-2 through -4. The first JPSS satellite, now called NOAA-20, launched successfully in 2017 and is fully operational in orbit. JPSS-2 is scheduled to launch in 2022.

André has worked at NASA Goddard Space Flight Center in Greenbelt, Maryland, since 1987 and began his career supporting the Landsat 4/5 mission. From October 2004 to April 2010 he served as the Deputy Project Manager for the successful launch of the GOES N, O & P missions. His additional roles have included Observatory Manager for the GOES N/O/P missions and serving on the GOES I-M Project in support of the 5 mission launches as an attitude control and lead systems engineer.