Looking at Earth in a Different Light 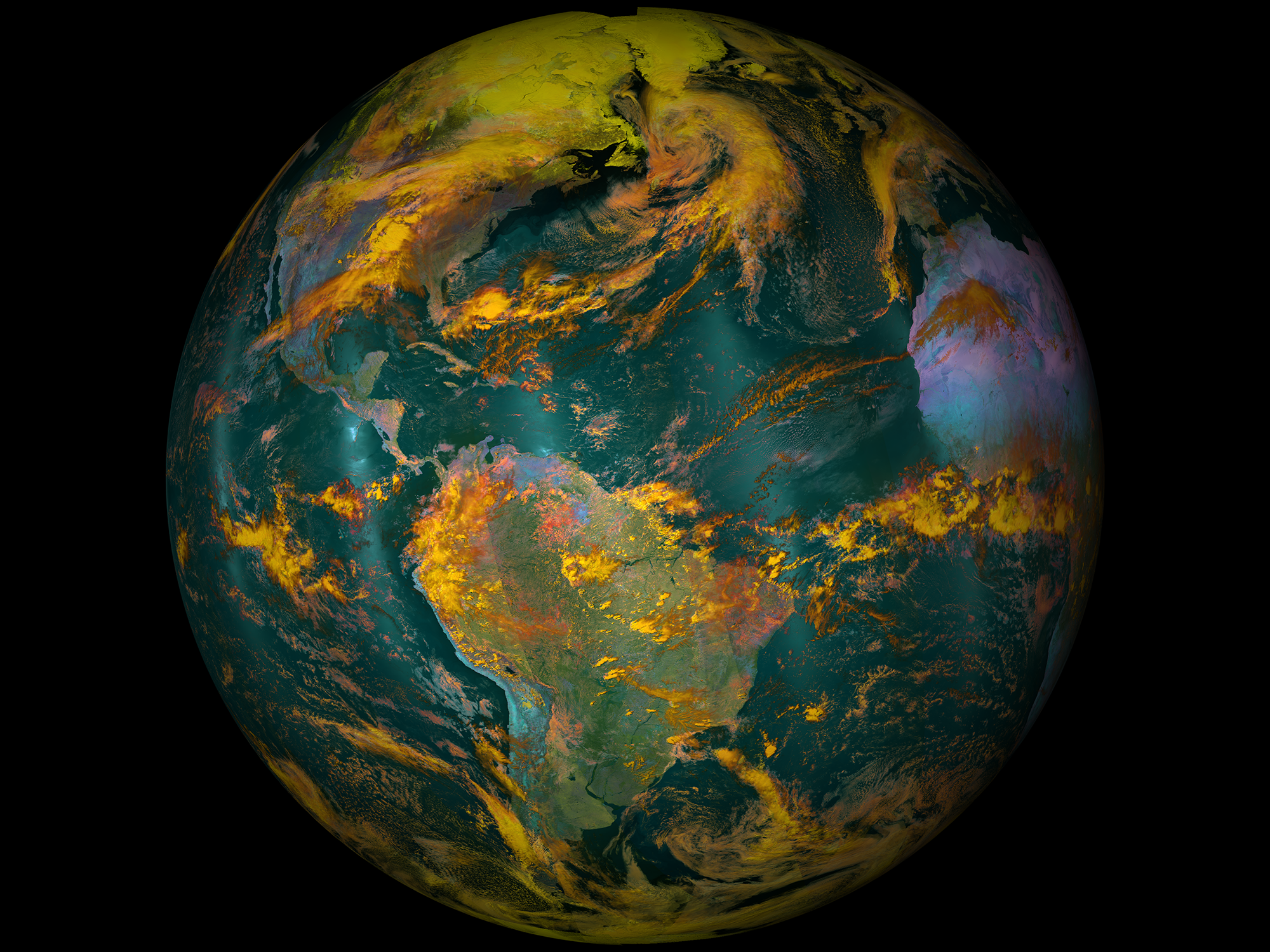 The Earth appears to the human eye as a “pale blue dot” from space, but that is due to the way that our eyes and brains interpret the light reflected from the surface. Some organisms, such as those that see ultraviolet light, see the world in a different array of colors. The VIIRS sensor on the Suomi NPP satellite can also see the world differently, with its 22 channels, each tuned to detect a different portion of the electromagnetic spectrum. This image uses near-infrared and shortwave infrared energy instead of the standard red, green, and blue light that the human eye has evolved to detect. By using infrared energy rather than visible light, the colors indicate differences in temperature rather than what they look like. For example, instead of appearing just white, clouds are shades of yellow, orange, and red depending on their elevation.