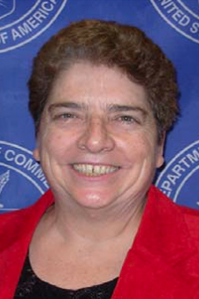 As the Director of the Office of Systems Architecture and Advanced Planning (OSAAP), Vanessa Griffin leads the architectural development for the next generation of NOAA's environmental satellite constellations, adopting new technology and space commerce business practices to achieve enhanced performance at a lower cost.

Prior to her position in OSAAP, Ms. Griffin directed the Office of Satellite and Product Operations and the 550+-person team responsible for the successful operation of eighteen of the Nation’s environmental satellites along with the production and analysis of science products using the data from those satellites. Ms. Griffin previously served as the Project Manager for NOAA’s largest IT development project, responsible for the design and development of the large, complex ground system NOAA uses to operate the Geostationary Operational Environmental Satellite - Series R (GOES-R) satellites.